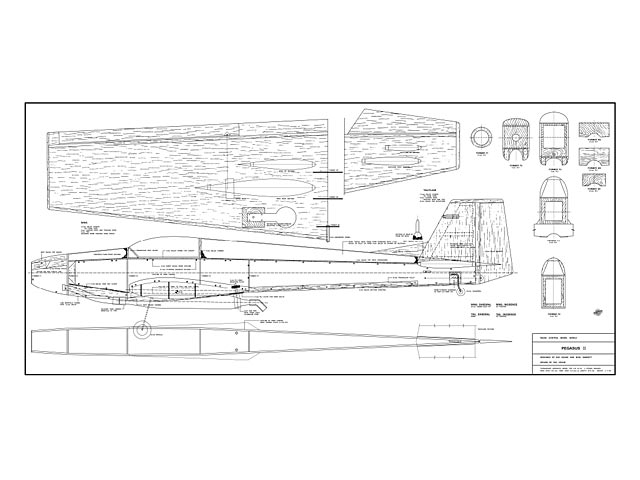 Quote: "This model by Noel Barrett is purpose designed for international Turn Around aerobatic competition

Anybody who expected that the 1985 World Championships for radio controlled aerobatics was going to establish a definite preference of aeroplane type for the Turn Around Schedule is by now disappointed. No clear trend emerged. Hanno Prettner flew a medium-sized model to first place with speed and precision but the model plan form could not help creating a mild suspicion that a few inches had been chopped from the wingspan. On the other hand Wolfgang Matt's Joker (oz9572) was large and sleek (870 sq.in. wing area) and in his hands it flew most gracefully, clearly showing an edge over Prettner in the fly-off rounds despite the difficult crosswind.

The American Team clearly tried to reflect the spirit of the Turn Around with their large, slow, realistic models; and one has to admire the honesty and integrity of their approach, but they obviously got the formula wrong. Certainly, at least, the International judges were not impressed by these honest endeavours and this US team slipped out to third place having taken the team prize two years ago. The Japanese were operating at the other end of the spectrum with ultra fast models and manoeuvres of the - blink and you've missed it - variety. There was nothing re sembling full size realism about this performance, yet they beat the US team for second place.

In between the extremes it is quite reasonable to assume that for the foreseeable future the model most likely to succeed will be around 800 sqin area and will weigh about 7-1/2 lb. The necessary criteria should be seen as follows:

Sufficiently large to fly a slow impressive schedule, sufficiently light to enable huge manoeuvres to be performed within the constraints of the 105 dB noise limitation, useful wing loading to avoid undue buffet-ing in the sort of wind conditions in which we have to perform. We speak of a slow impressive schedule here, because although this virtue did not appear to gain much recognition at Flevohof, realism will eventually be rewarded.

Pegasus II came about as the result of much experimentation with the basic parameters and produced a model of 795 sq in area with all the desirable characteristics. Fundamental to the search for the right formula was the choice of engine. There appeared to be a change of direction towards 1.20 four-strokes. We have considered from the outset that the current state of development of the four-stroke and the complications it introduces make the .60 two-stroke still the correct choice. This at least was borne out of Flevohof. The current development of the two-strokes has been moving in the direction of long stroke engines. Good power and tremendous reliability was achieved with the OS 61VF which was the engine used throughout the development phase of the plane. More recently Rossi long stroke, Webra long stroke and currently YS engines have been installed and the quest is still going on for the best power source. 11 x 10in Bartels props are currently favoured, and this prop in combination with the YS engine is showing great promise.

Wing areas between 770 and 840 sq.in. have been tried and wing sections as thick as 17% of chord. The eventual choice of 795 sq in with a wing loading of 22 oz per sq.ft. has produced a model which for us has given the best performance, with a 14% wing section. Best stability and smoothest performance has been achieved with tail plane area 27% of wing area.

Experimentation with wing dihedral has shown that the arrangement as shown, with 1 in of uenedral under each wing tip when joining the wings is correct. In this configuration the application of rudder in level flight produces yaw only and there are no undesirable side effects of rolling or pitching down. This of course, is absolutely essential for a turn around model where the use of rudder to hold the correct track is exercised continuously..."

Update 17/05/2020: Replaced this plan with a clearer copy (essentially redrawn from scratch), thanks to TonyP. 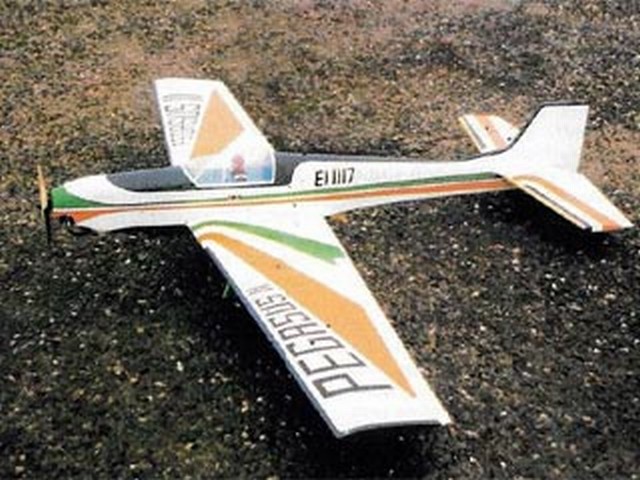