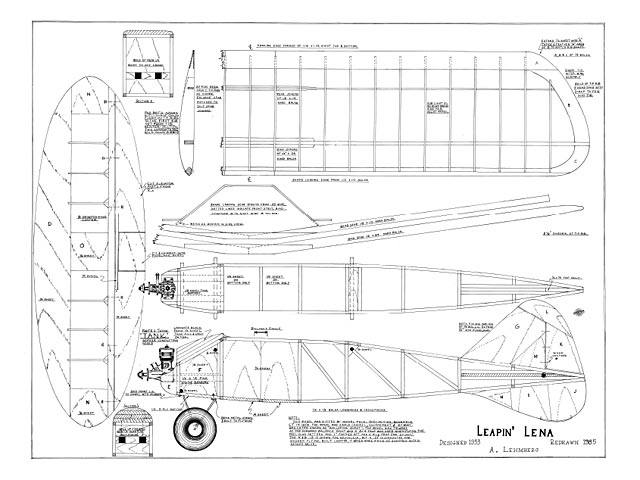 Quote: "This model was kitted by Model Tech Specialities, Ridgefield, CT in 1953. The model was single channel, escapement and by what was later known as 'Galloping Ghost'. The model was trimmed at the forward balance point and a 9x4 prop was used when flying the precision pattern and 1in farter aft and a 9x6 prop for stunt. The K&B .19 is shown for nostalgia, but a .25 is suggested for modern flying. Built lighter, it would make a nice 05 electric with a geared drive."

Hello Steve, Attached are the plans and a picture of the Leapin' Lena. Designed in 1953 by Fred Lehmberg, 56'' span. Kitted by Lehmberg Enterprises in the late 80's. Regards, Jim 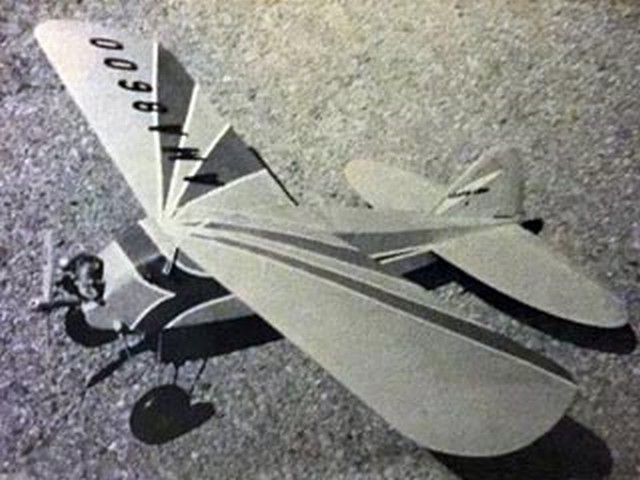 I am not sure if there is a problem with this file or not. When I try to print this file it only will come out as solid black. I tested a couple of other files I have downloaded from this site with no problems. I do not see any issues but just wondering if anyone else is having this problem. Thanks for all your work - this is a great site.
MikeB - 06/09/2017
Sorry to hear of your difficulty printing, Mike. I've just downloaded & printed this plan without any issues, so I'm not sure what's causing the problem at your end. Is anyone else out there having similar difficulties?
Mary - 06/09/2017
Add a comment