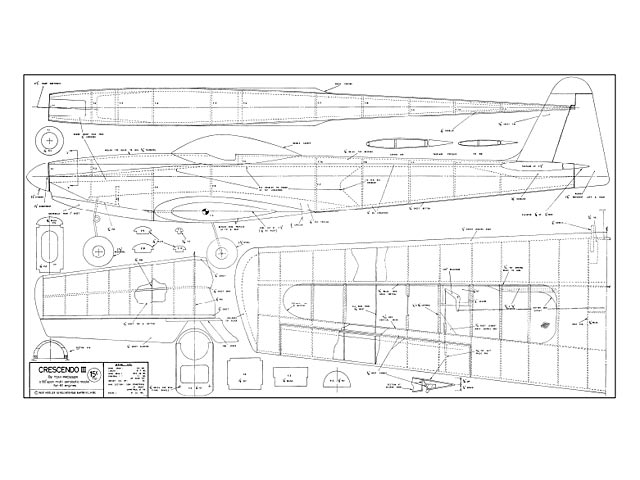 THE CRESCENDO series began as an extension of an earlier series of modified Sultans (oz1255), the Mk.I having 6 sq ft of wing, strip ailerons, and weighing 6 lbs. Though it was good enough to win the 1965/66 Australian Nationals, I soon realised that it was too big and too light for precise flying.

Shortly after those far-off Nats, this model met its doom (spelt 'g-r-o-u-n-d') and the need arose for a new model for the Easter NSW state Championship. The wing from the Mk.I was repaired and a new fuselage built, incorporating some changes in moment arm, tailplane position and structure. This Mk.II version proved better, but was still too lightly loaded for really first class results, I felt.

Following a winter's thinking, the Mk.III was drawn up. The fuselage was similar to that of the Mk.II except that, following persistent vibration problems, a much heavier engine mount (designed to anchor very firmly the 'vibration factory') was incorporated. The flat-plate tailplane was changed to a fully sectioned type, and the fin thickened up to preclude warping.

It was the wing which received most changes, however, and it is from here that much of the impeccable handling of the Mk.III model is derived. First, the area was reduced to 795 sq in, and a tapered planform adopted, but the main feature is the use of a change in section from 17 per cent semi-symmetrical at the centre, to 17 per cent fully symmetrical at the tip. In practice, this produces a wing which simply will not tip-stall or snap-roll, no matter what you do to provoke it. This is because the centre section stalls first; the tips continue flying and thus provide lateral stability..." 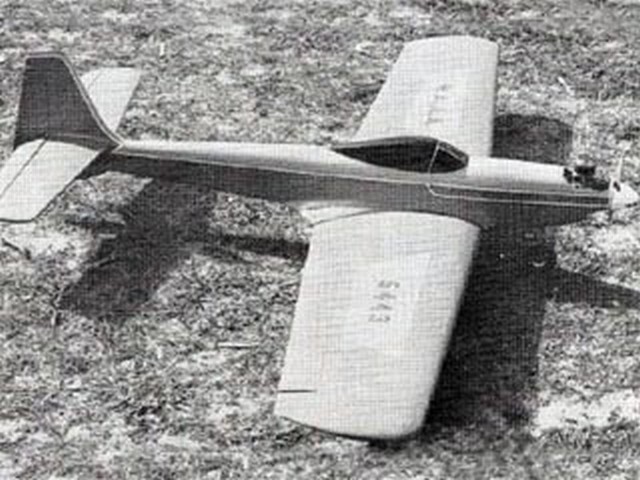