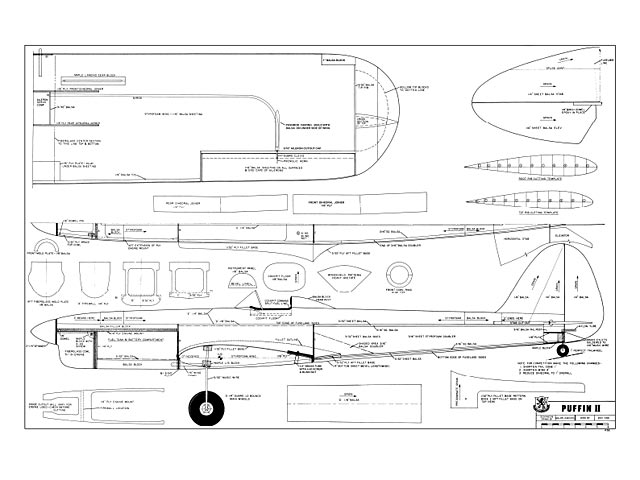 Quote: "This model airplane is a complete departure from the others I have designed. It is relatively easy to build because of its very low parts count and its fairly conventional construction methods. There are only three departures from the ordinary and two of these have conventional alternatives. So, for those of you that read as far as the authors' name and no farther because you said to yourself - This is another one by that guy that can't do anything the way the rest of us do - take heart and read on! '

In the beginning there was the Ryan ST and pilots, old and young alike, harkened unto the smooth lines and great capabilities of this 'before its time' airplane. Then, as with most things man made, it passed into history. Since then it has been resurrected by Controline and R/C Scale modelers to win and place in many scale contests. Then, John Elliot Jr decided that its basic design might be modified, somewhat, and be made into a fine Class III contest ship. So he toiled long and hard - more than 6 days and 6 nights because he rested a lot - and came up with the forerunner to the present design.

This aircraft resembled the full scale aircraft in profile but had some concessions to practicality in order that the model could easily perform the pattern maneuvers. It had an inverted engine, flaps and DeBolt retract gear. So impressive was this design, both in appearance and in flight, that I elected to carry on with it and try to further extend its capabilities. Many extensive modifications, both in construction techniques and the basic airframe, were made. The result was Puffin II - a new model from every standpoint. The picture of Puffin I shows the engine upright, no retracts because of the additional unnecessary weight, a slightly re-designed fuselage and wing section, and the addition of wing fillets. The flaps were retained on this version, as on the first Puffin II, because of the very desirable low speed characteristics produced by them. They are not included on this version because an extensive lightening program was undertaken and a pound and a half was cut out of the design, making flaps unnecessary.

Some airfoil modifications also took place to improve low speed characteristics. This same basic airplane was flown at weights up to 8-1/4 pounds without struggling - the model as shown on the plan can be built as light as 6 pounds using the new miniaturized radio equipment. The flying characteristics don't seem to suffer on either end of this wide weight range. All Puffins built and flown to date have exhibited the same excellent flying characteristics.

The model is capable of any maneuver the R/C pilot is able to perform. It does not exhibit any unusual or undesirable characteristics; for example, spin entry and exit are both easy and predictable, knife edge flight is excellent; it will snap on command, recovering immediately upon release of the controls to neutral, and it will perform all of the AMA/FAI maneuvers smoothly and easily.

Begin construction of the model with the fuselage since all of the new techniques are used during its construction..." 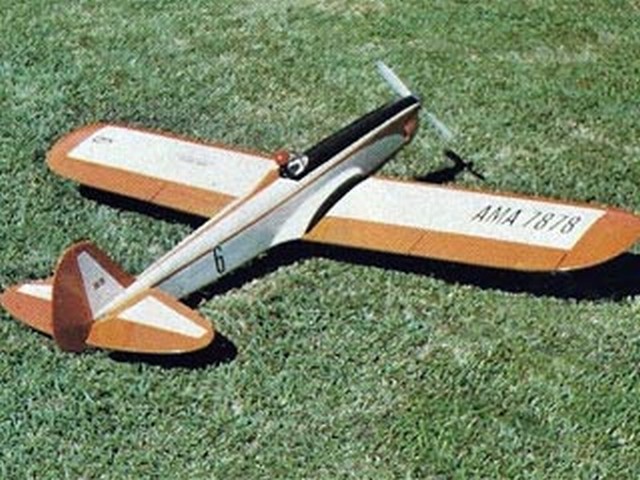