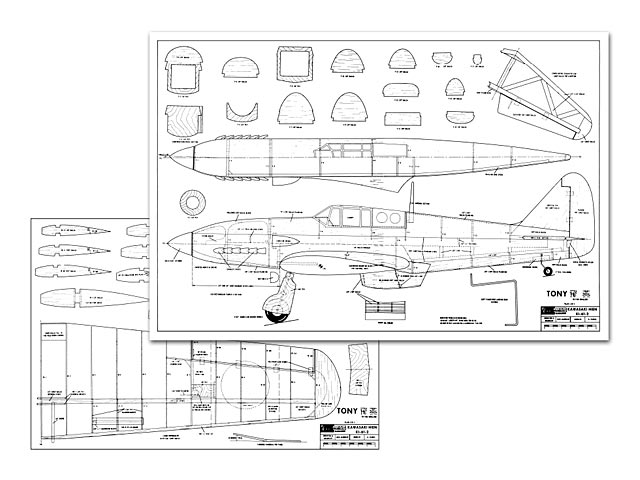 Quote: "First off, let it be known that I'm not a 'dyed in the wool' scale builder, although I admire the work produced by that type of individual. The Kawasaki is my first entry into the scale field. After flying the usual competition and fun-type R/C multi-flying machines ie Ascender, Stormer (oz5794), Kwik Fli (oz6526), etc, I decided I wanted something different. That is, a scale R/C that would perform the full AMA pattern and look good while doing so. The Kawasaki-Mien (translated Flying Swallow) was the solution.

The Kawasaki KI-61, nicknamed 'Tony' by the Allies in WW II, was the only Japanese fighter powered by a liquid-cooled engine to see operational service. It was first encountered by the Allies over New Guinea in April 1943. Several versions of the aircraft were produced; the one presented here is the Kawasaki Type 3, Model 2A which was mainly used in the defense of Tokyo against the American B-29 raids. Although scale 3-view drawings are at a premium, I was fortunate to acquire considerable data on the Kawasaki from Volume III Warplanes of the Second World War, by William Green, published by Hanover House. Also, Dale Willoughby deserves recognition for providing me with additional scale plan data. The R/C plans presented herein are modifications of those supplied by Masahiro Kato in his Japanese kit of the same model, see Kawasaki Ki-61 Tony (oz11893).

The original model was completed and test flown one week prior to the 1966 Denver Mile-Hi R/C Club Contest. The ship placed first in R/C flying scale against some of the best looking scale R/C ships in the mid-west. Its flying characteristics were the deciding factor, since with a competent pilot and proportional, it will do all the maneuvers in the book and then some, ie fast application of up elevator equals high speed snap rolls! I discovered this startling characteristic on the initial test flight which was performed at the F'ikes Peak Radio Club Hying field at an elevation of 7.200 feet. Thereafter, I lengthened the elevator horn so as to limit the total elevator travel to approximately 1/2 inch. This is all the movement required, since the aircraft is relatively short coupled compared to present-day multi designs.

The equipment used in the original ship at the Denver contest was the F&M Propo-Digital 6. Frank Hoover's F&M servos, and a Merco-61 swinging a 12x6 Top Flite power prop. Insofar as the model presented here is concerned, it is almost fully scale; its wide landing gear, thick tapered wing and excellent aerodynamic qualities all contribute to truly outstanding flying characteristics.

Construction Details: Inasmuch as I loathe wing construction, I try to get this task out of the way first. WIng construction is similar to that used in other multi R/C's using all-sheet covered wings. First, laminate the 1/4 x 1/2 in balsa spars in the center section..." 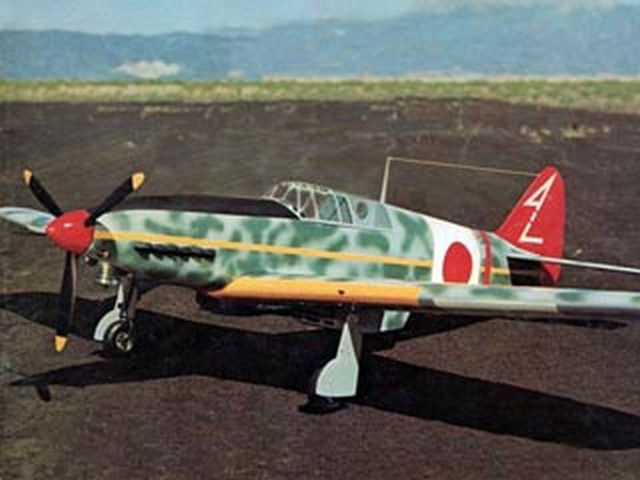