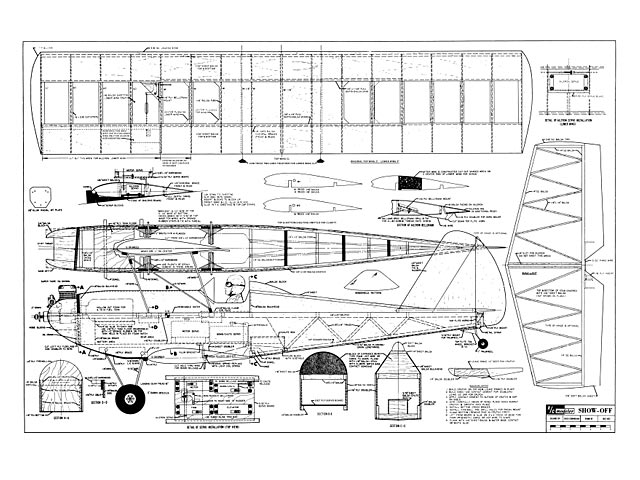 Quote:- "How often have you heard someone say - 'Boy! I'd sure like to build a biplane!' Quite possibly you might have said that very thing, yourself, since almost every RC'er, at one time, has wanted to build a bipe, but for one reason or another, puts it off as a project for 'tomorrow.' This has been my own reaction for a number of years, but finally, the lure of the new free-style acrobatic event was the impetus that finally gave birth to the Showoff.
This is not a scale biplane, but rather my own interpretation of a 1930 vintage bipe. It has the looks of an air show craft, sitting on the runway, and you can't help but wish that you could jump into the cockpit and buzz off with the sharp feel of wind in your face and the singing of rigging wires in your ears. All in all, it's a biplane fanciers' biplane - and one that will perform the exotic maneuvers of the free style acrobatic event that is currently skyrocketing in popularity. A few pluses for the Show-off are the ease of construction, economy of materials, plus a parachute hatch and bomb drop for that 'extra touch' of airmanship. Now that you've read this far, and possibly have an incurable case of bipe fever, let's take a journey into the why's and wherefore's of biplane design as related to R/C models. Even if you don't build the Showoff, you can apply the same principles to the WW I masterpiece that is Sitting around in the back of your head..." 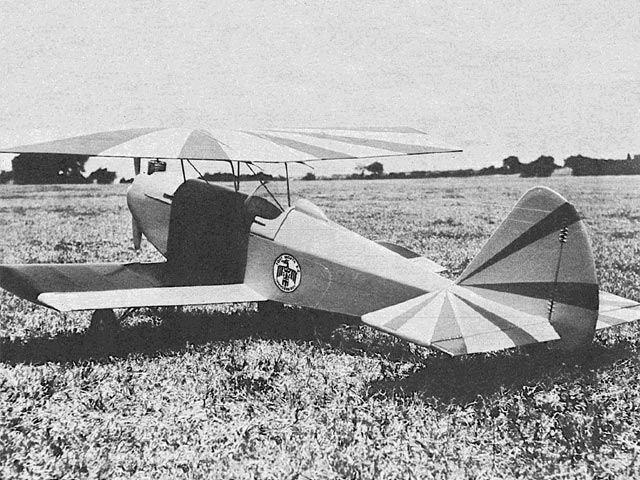