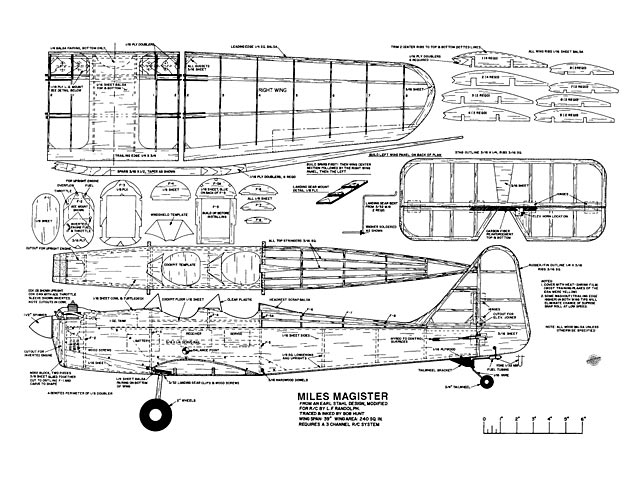 Quote: "The Magister, and other Miles designs, were the end result of the marriage of young Mr Miles to a lady named Mary. At the time of their marriage, the early 1930s, Miles was trying to design an inexpensive light plane that could be sold in the British market for less than a thousand pounds. The two of them pooled their resources and, with one employee, started a tiny company that later became the Phillips & Powis Aircraft Company. Design and production of the Magister came when the British stepped up the training of pilots at the outbreak of World War II. Miles noted the British had no training airplane to equip a student in transition from light biplane trainers used by the RAF to 300 mile-per-hour fighters. The Magister was the result and was followed by the Master and the Master II. By this time Phillips and Powis employed thousands of people and Mary Miles was Director and Chief Designer, the only woman to hold such a position in a major aircraft company.

My interest in the 'Maggy' came when Earl Stahl presented a rubber powered flying scale Miles Magister (oz2201) in the February 1942 issue of Model Airplane News. It instantly struck my fancy and I vowed to build one, since I was (and still am) a fan of Mr Stahl's rubber powered flying scale airplanes. Unfortunately the timing was very bad and I was never able to work it into my schedule. The issue that contained Mr. Stahl's excellent effort arrived only a few days after the United States entered World War II following the bombing of Pearl Harbor.

Several months ago on a rainy afternoon I was looking through my collection of old magazines and there was the Magister article. This time the timing was right! I enlarged the plans and added beef here and there and it became just right for a TD.049 and a three-channel radio. The shame of it all was taking fifty-two years to finally get a form of that lovely airplane into the air.

A scale purest will find fault with this version of the Magister, as he would have with Mr. Stahl's rendition, but the flavor of the airplane is retained and the finished product reflects the grace that was designed into the original model over fifty years ago..." 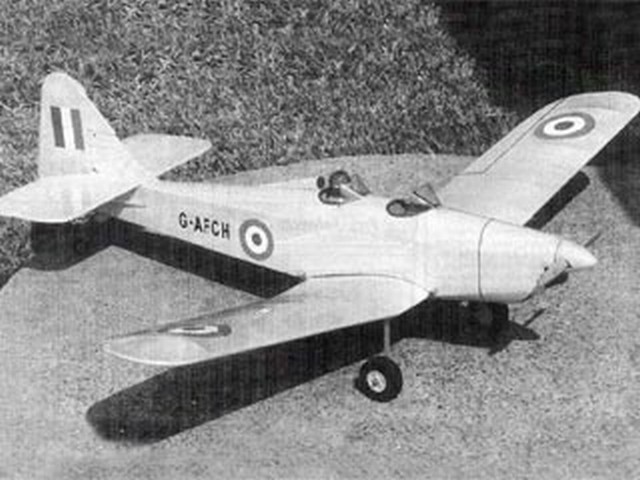