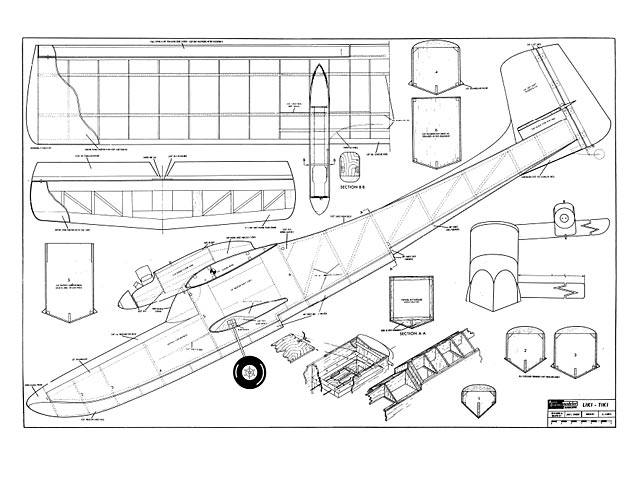 It seems that just as most Class III airplanes are more or less jokingly referred to as being a modified Taurus (oz612) so could most current flying boats be related to the Sea-Cat (oz8658).

Henry Struck probably gave little thought back in 1941 to the fact that the aircraft which he was designing would evolve as the matriarch of all subsequent flying boats. Undoubtedly, the Sea-Cat was, and still is, a fine airplane and served its design intent with no shortcomings. However, it was originally designed as a free-flight aircraft and this character seems to have been somewhat preserved in latter day multi-controlled flying boats. With due respect to Mr Struck's pioneering efforts and successes, it seems that modern day science and technology have elevated the state of the model art to a point where free-flight characteristics are no longer desirable and much less required in a multi R/C aircraft.

The design characteristics of the Liki-Tiki were intended to produce a full blown R/C flying boat that did not suffer from this FF/RC compromise. The current flying boat norm seemed to represent a lightly-loaded, under-powered airframe, with a high drag coefficient due to attachment of tip floats and engine pod. My desires were for a clean, well powered flying boat that would respond with the vigor of a Class III aircraft.

Tip float drag and inherent structural weaknesses could be precluded by using a sponson. The twin engines would obviate the pod, and also serve to put the thrust couple cloder to the drag couple..." 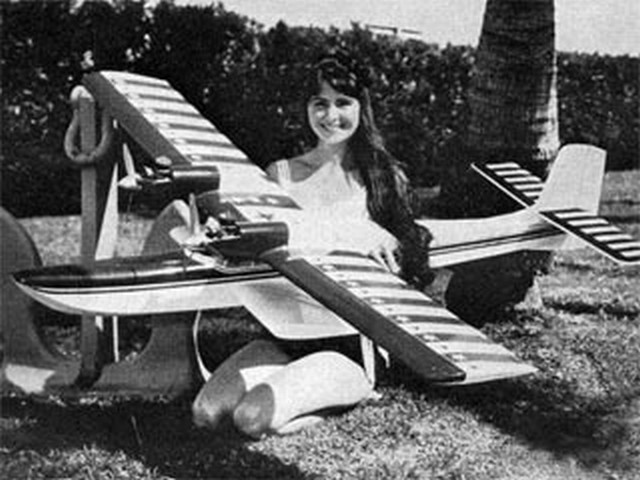