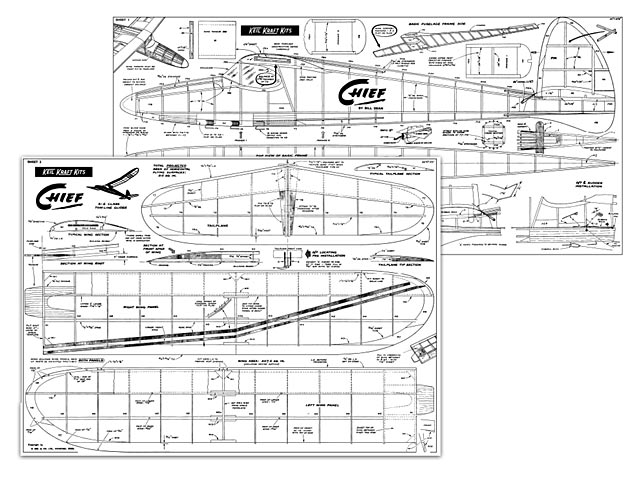 Quote: "The CHIEF is an advanced contest design to the A-2 Nordic specification. Good looks combined with outstanding performance were the main object in mind when the model began to take shape on the drawing board. The features which were felt to be essential were as follows:

1. Plug-in wings, for ease of transport.
2. Knock-off-ability, in crashes.
3. Good lines.
4. A safe, reliable and easy to build dethermaliser.
5. An auto rudder, to ensure that whilst the model went up straight on the line, a turning flight would result when it was released.

These features are all to be found on the model, together with the structural strength necessary to stand up to the strains of towing up in all weathers.

In spite of the graceful contours, the construction of this plane has been kept as simple as possible. The basic framework is built up from 1/8in square - formers being added top and bottom. The only tools needed are a packet of steel pins, a pair of long nosed pliers, a fretsaw, sandpaper and plenty of razor blades. Use the single edge type or one of the more popular two edge type broken in half. A KK balsa knife is preferred to razor blades by many modellers and is certainly much safer.

Protect the plans by placing greaseproof paper over them. Cut out the sheet parts only as you need them - to avoid damage or loss. The back of an old hacksaw blade is useful as a straight edge when cutting along straight lines on the printed balsa sheets." 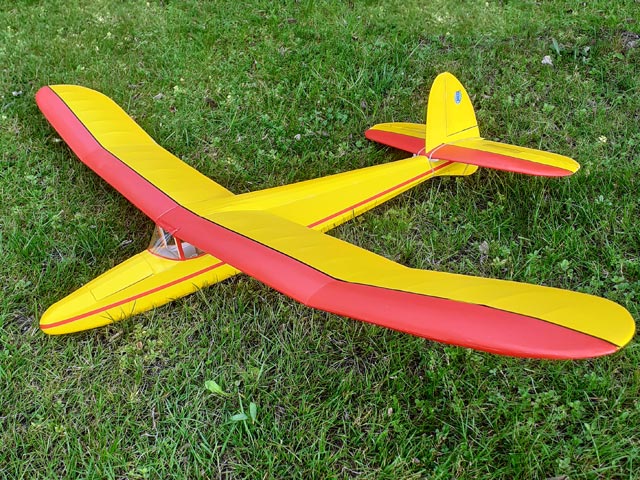