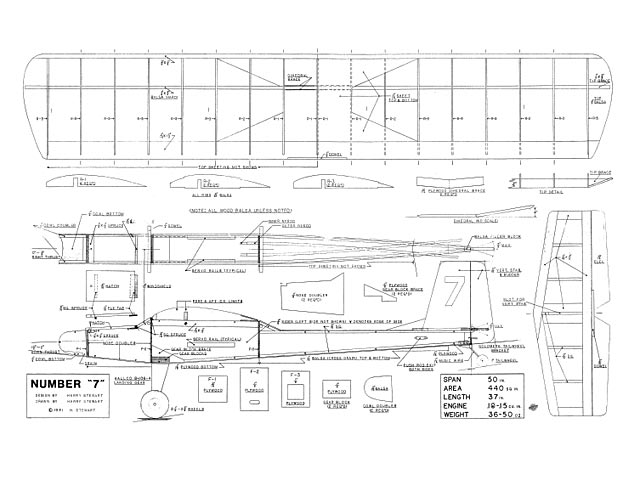 Quote: "Here are the plans for Number 7. It is a .10 - .15 sized 3 channel knock-about that has been everything from a club trainer, the club float plane, combat plane. Built in mass, our Grass Valley, California club really enjoyed this Harry Stewart design. Thanks, Bryan." 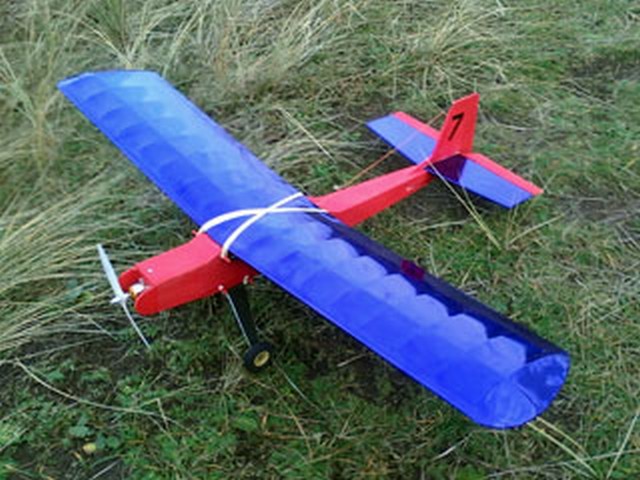 Hi, here are a few photos of Number 7 (not Mad Jack's donkey) built from the plan on Outerzone [model photo & more pics 003-005]. Mine is electric, easy build, easy fly, would take just hours to build this depending on how fast your glue dries.
Joost - 08/01/2018
In case you, like me, were wondering abut Mad Jack's donkey - turns out that in the 1970s/80s American TV series The Life & Times of Grizzly Adams, there's a character 'Mad Jack', who has a donkey named 'Number 7'. Did Harry Stewart name his plane after the donkey?!
Mary - 10/01/2018
"Number Seven" is the name of the "lucky" considered billiard ball, it's a nickname for several things (race horses too).
Pit - 10/01/2018
It was simply the 7th design and the one that worked. Harry was a wonderful mentor - he would loan out the blueprints to be copied only if you signed a blood oath. I was smart enough to make 2 sets of plans. When I returned to his home with the original plans he handed me 2 bass wood blocks to form the floor and firewall.
They have never failed. My #7 sits high on rugged landing gear made of 3/32 aluminium which make it great for "off airport ops".
Bill Kraemer - 28/08/2019
Add a comment