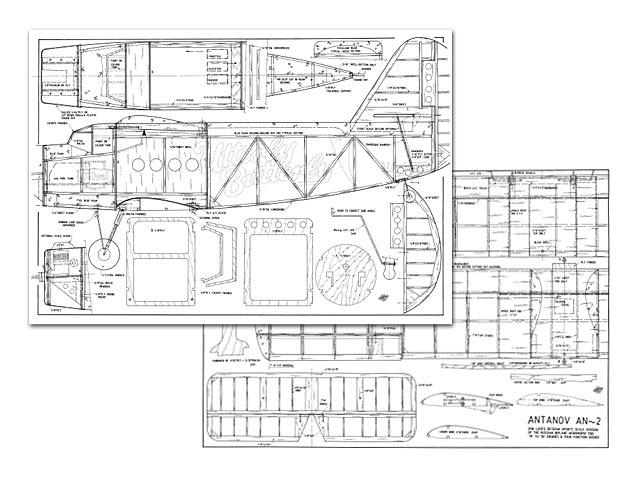 Quote: "1995 saw the introduction into the air display scene of an ANTONOV AN2 (code name COLT) aircraft. Bought and flown over from Nyiracasa, Hungary by display pilot. Vic Norman, HA-MEP was sponsored by St Ivel and teamed up with a Fournier RF4, it promoted the then new product 'Utterly Butterly'.

The AN2 is a 1947, 59 ft 8 in span workhorse biplane with slow flying ability, Vic described it as: A big ugly, but oh so beautiful biplane that hovers like a big cloud. Peter March described it as 'Utterly Uggerly', but with a character
all it own. It could never be described as graceful.

CONSTRUCTION: Always on the look-out for something 'different' (apart from design) I have evaluated blue foam board as a building aid for the 'curvy bits', although a traditional balsa/ply basher, I have been surprised how easy it was to integrate foam with balsa (so, OK, I'm behind the times!) Apart from weight saving I found subsequent finishing was easy without
recourse to epoxy skinning or equivalent. Another novel feature is the engine cowl, but more about that later.

Fit 3/16 cross braces and bracing strips behind former A. Glue 1/4 in rails for top wing support between formers B and C, fit 3/32 hard sheet fuel tank floor, infill sides with 1/16 sheet back to former C..."

Note the misspelled title block on this plan says: "Antanov An-2". 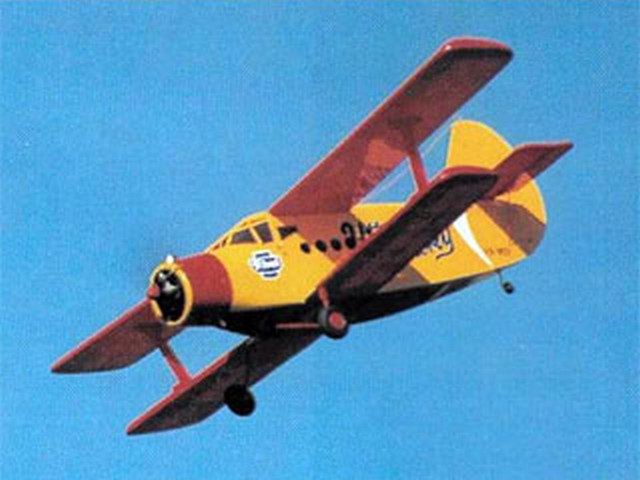