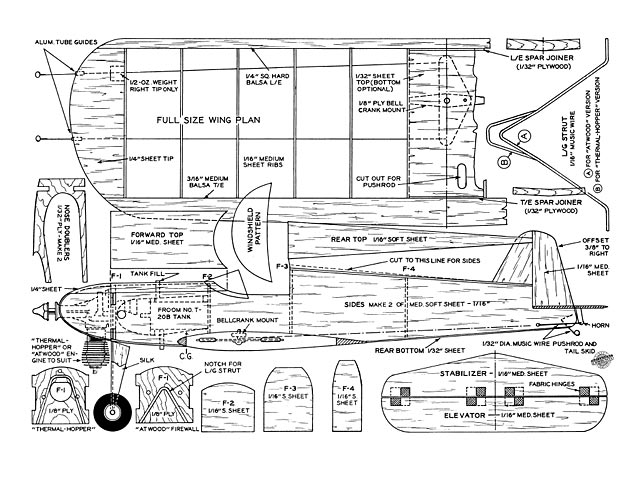 Quote: "Half-A stunt jobs usually are sick, overweight heartbreakers. With a good engine, cowl, this one even beats racers.

The Blue-Tail Fly hops off the ground without rolling its wheels, flies fast, and maneuvers in a very lively style. On consecutive stunts, the 'Fly' stays on the outside of the circle, pulling enough to give you the feel which is so necessary for smooth maneuvers. When the engine cuts, the glide is flat, the ship rolls to a stop without the usual Half A flip-over.

This performance can be attributed to the light wing and power loading, a fast airfoil, and a longer-than-average stunt moment arm (40 per cent). As well as snappy flying ability, this layout resulted in a very realistic little chap resembling a full scale homebuilt sportplane. Why shouldn't the model look like the real thing?

With the addition of an engine cowl your Blue-Tail Fly can show its tail to most Half A Team Racers. The wing may appear large for racing but the airfoil section is thin and fast, similar to the modern jet plane. Your team race competition fast turning props will also give this ship the edge in fuel mileage.

Begin construction by tracing the fuselage side pattern onto a sheet of medium soft 1/16 balsa, making sure you trace the firewall notches, and mark the former positions at the bottom and top edges for alignment during construction. It is advisable to cut both sides from the same sheet of balsa which wil assure symmetrical curvature of the sides..." 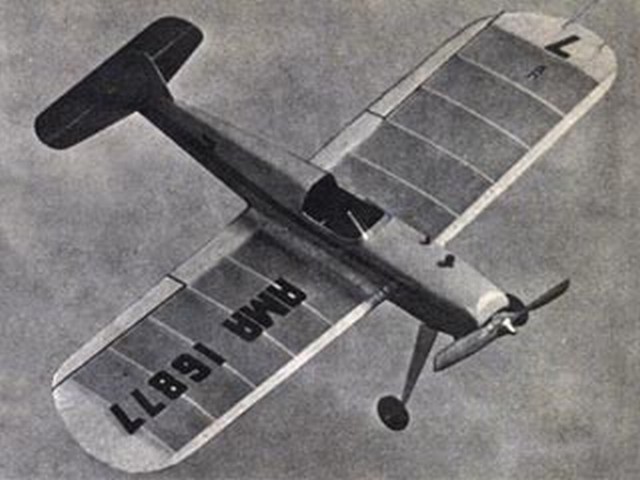