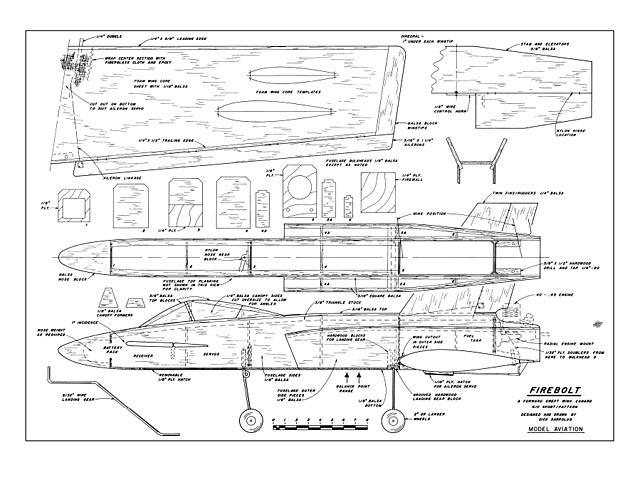 Quote: "You've heard about airplanes that look like they're breaking the sound barrier even when they're sitting on the ground. This RC pusher canard with twin fins and a swept-forward wing - for a .40 engine and four channel controls - is an excellent example of this phenomenon. It flies and handles like a conventional Pattern/sport airplane. There's a companion article about how a computer can assist in designing canards.

Why build a forward-swept wing (FSW), twin-finned, jet-styled pusher canard? Because it's modern, striking in appearance, different, fun, and best of all, it flies well. It's not scale - and it's not optimized for Pattern flying - but it handles like a good Pattern/ sport model. With a full-symmetrical airfoil, it's aerobatically capable; inverted passes, inside and outside loops, rolls, etc are all easily handled.

This model design was inspired by the X-29 forward swept wing advanced technology demonstrator aircraft being built by Grumman for the Defense Advanced Research Projects Agency and the Air Force. FSW designs offer a number of advantages for military combat aircraft. Included are higher maneuverability lower trim drag, lower stall speeds, improved low speed handling, spin proof characteristics, etc. The benefits of the FSW design have been known for many years, but the FSW could not be used preyibusly because of structural limitations.

A forward-swept wing is subject to aeroelastic divergence. This simply means that air loads tend to deflect or twist the FSW and break it apart. Conventional construction and materials to make the FSW strong enough would also make it too heavy to fly well. It can be done now because of the availability of advanced composite materials for the structure. Composites such as graphite-epoxy and boron-epoxy can be made stiffer than the usual aircraft metals.

The benefits of the FSW design don't apply to our RC aircraft, at the speeds and performance levels we have. I wanted an FSW model for its appearance, and I felt that with a limited forward speed and a rigid sheeted foam-core wing there would be no structural problems..." 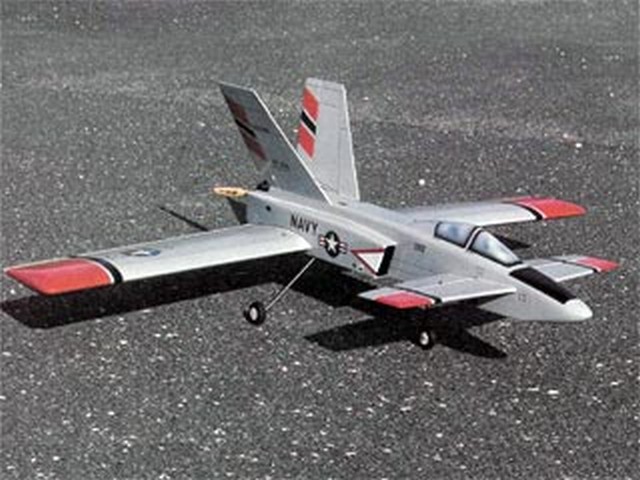