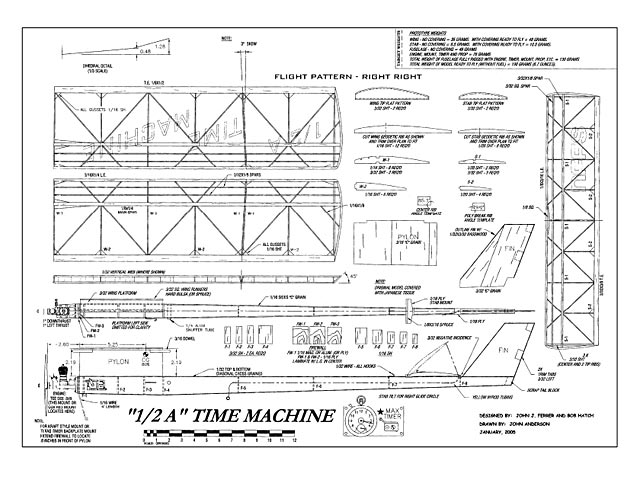 Quote: "I FIRST SAW the Time Machine fly in the early 1990s, when I attended an FF contest at Harts Lake Prairie. Washington. Bob Hatch, one of its co-designers, was putting up flight after flight and max after max with it. The pattern was flawless, with a loose right turn in the rapid climb and a smooth right turn into the glide. And what a glide! It seemed just to soar. Thermaling was a cinch. Then on one of the max flights the model did not DT and was in another thermal. It moved downwind and climbed higher and higher. The field at Harts Lake Prairie is surrounded by trees and creeks, not a good place for a fly-away. Bob and others took off running after the airplane, but it was gone!

I asked Bob about the Time Machine and he filled me in on how it was designed, with two people at different comers of the West Coast putting their heads together to come up with the model. He said: The late John Ferrer was a member of the Balsa Bugs and was very active in promoting building and flying, especially with new people, both in and outside the club roster. He said his major problem was convincing people competitive models could be built in a relatively short time. To prove his point, he designed the wing and stabilizer for the model that would become the Time Machine and led building sessions during regular club meetings. He said his goal was to have people complete a wing and stabilizer during a club meeting..." 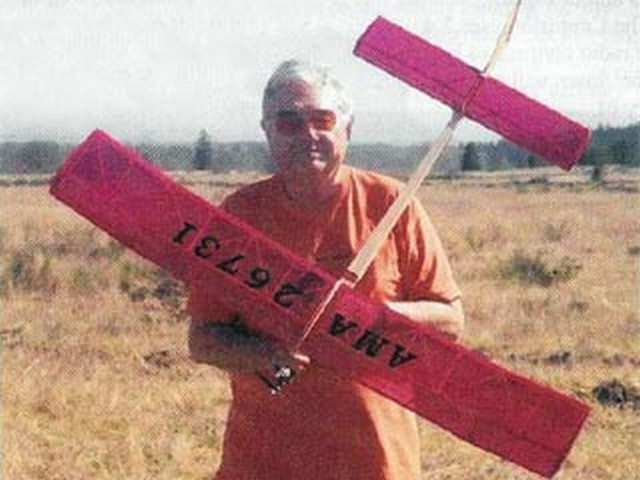