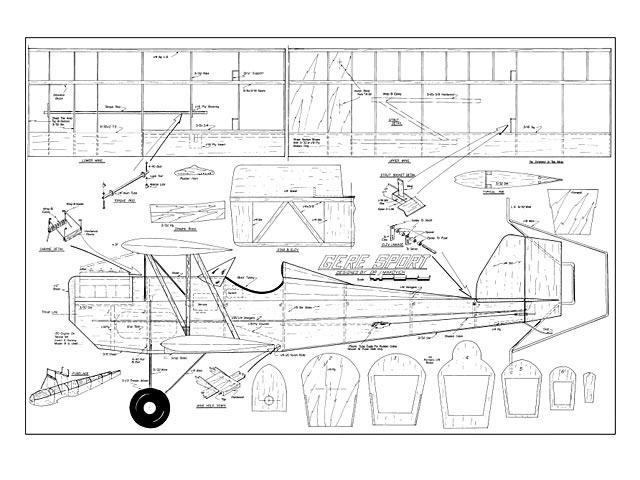 Quote: "The depression atmosphere of the early thirties era encouraged homebuilts. The Gere Sport, never as popular as the Heath Parasol or Pietenpol Aircamper, was still a prettier plane. The original Gere was designed by nineteen year old Bud Gere, who died before his creation flew, killed piloting an experimental iceboat he designed.

So well designed that it inspired the EAA Biplane 30 years later, the Gere Sport had a fairly high aspect ratio, good gap chord ratio, large ailerons and tail surfaces and simple lines. It could be built easily of straight tubes, spruce, and was very strong for its size. The plane was fabric covered, muslin doped was cheapest, and power was supplied from either a 1927 four cylinder Chevrolet engine or a '29 Model A Ford. The latter was more reliable and powerful.

The landing gear used Goodyear low pressure donut wheels. These tires were favored by early home-builders because no shock absorbing devices were needed and they were great from muddy runways. The wings look like a ROG stick model. Ribs were constant chord; 12in apart and squared with no fancy tips. Spruce ribs and spars were easy to fabricate.

The scale drawings circa 1933 featured a Ford A engine, for increased performance, cooled by an undershnig radiator. Wingspan was 19 feet, length 16, wing area 111 sq. feet. Empty weight was 605 Ibs. and gross 875 Ibs. Speed was 50 mph with a 19 horse Chevrolet engine, 60 mph with a 40 horsepower Ford.

The Fuselage Structure: The Gere Sport is not a beginner's model as it requires experience in parts fabrication and construction techniques. A fuselage jig, and large C clamps are helpful as is a small band or jig saw. Fuselage bulkheads and doublers are 1/8 plywood and are difficult to cut without proper tools. Fuselage construction is most challenging. The bulkheads taper from top to bottom making a compound bend with the fuselage sides... " 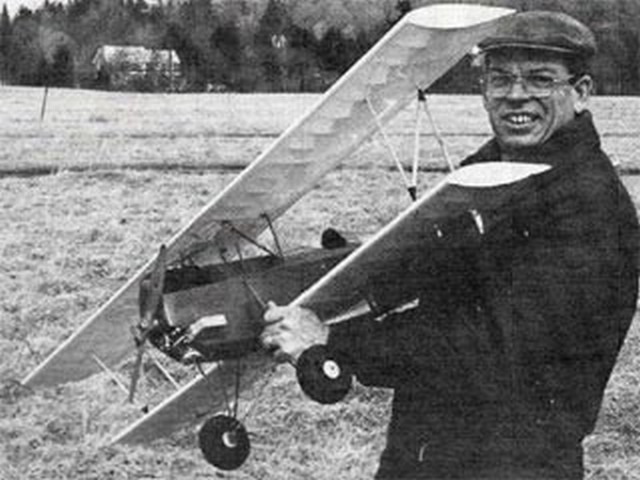