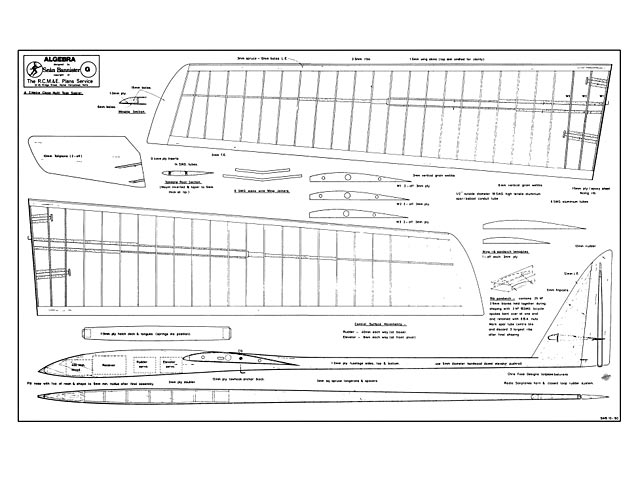 Quote: "Having placed a 2 metre wing span restriction on a soaring design, a low aspect ratio layout is dicated in order to keep the wing loading within practical limits. A mean wing chord of 22cm (8.7in) was selected giving an aspect ratio of 9:1, also keeping the wing loading down to 26 g/dm2 (8.6 oz/ft) for a sturdy structure capable of withstanding the rigours of multi-task flying.

A thin 8% wing section based on Eppler 176 is used, in an endeavour to give an above average flying speed, and flat glide without the necessity of carrying large amounts of ballast. The fuselage is kept as small and as clean as possible, to minimise drag at the higher flying speeds. The structure is heavy because of many bad habits cultivated by building too many F3B models, but is nevertheless very strong. Construction is quick and simple, because I am impatient and prefer flying to building!

We all have our own particular construc-tion techniques which are satisfactory on an individual basis. Many different construction styles can be used to assemble a particular structure, and they can all be considered successful, if the completed structure is as strong and true as the designer intended. The following instructions should therefore be considered perhaps as guidance notes...." 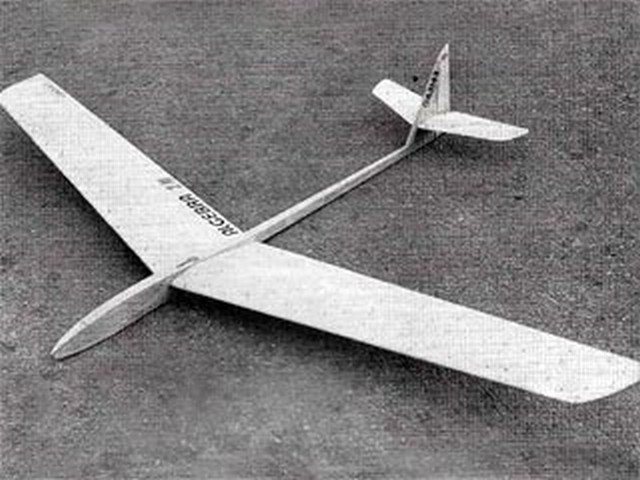