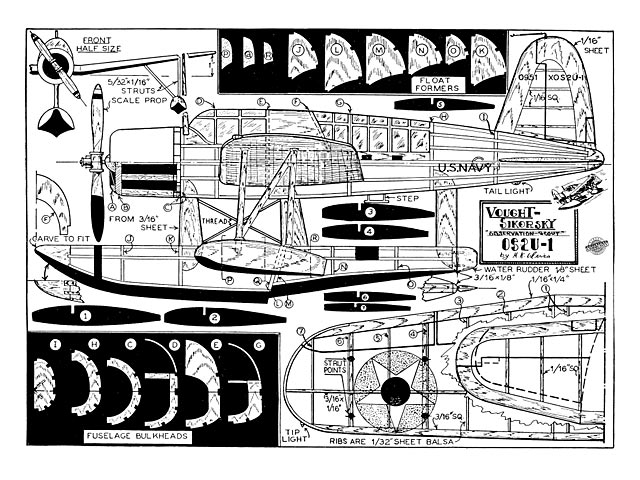 Quote: "And so to our model. We present plans for both the land and sea version, so you can take your choice. Because it's lighter the land version will perform better. On the other hand, there's something about the lines of a seaplane that gets you. So make up your mind. We chose the seaplane.

Wing. In either case, the first part to make is the wing, as its center section is used as a jig for the fuselage. Make the wing in one =piece, as shown on the plan. Tipes are 1/16 square bamboo. The bamboo can be asily bent by holding it in the lighted end of a cigarette. Thestrut braces are 1/16 square balsa. Gove the wing an inch dihedral under each tip and cement all joints firlmy.

Fuselage. Cut two halves of each former from 1/16 sheet balsa and cement the halves together, with athin splint of balsa or bamboo across the joint... "

This plan and article was published (reprinted) in the book "Air Age Flying Models" printed 1944 see RCLibrary page at http://rclibrary.co.uk/title_details.asp?ID=1870 for more details. 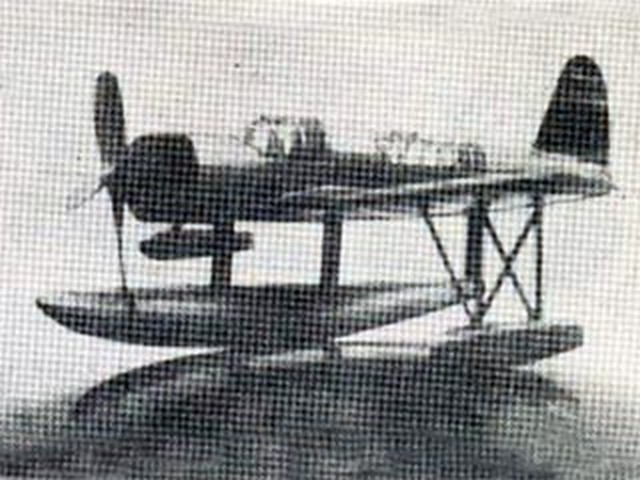