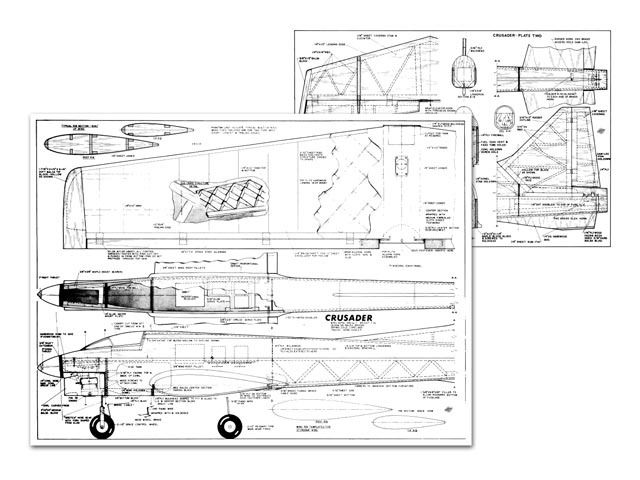 Quote: "The main objectives leading to my design of the Crusader were to have a plane with a unique appearance, preferably scale-like, and with improved flying characteristics. I always try to have a personal touch in my planes, and feel that a model based on the Navy Crusader can provide both a striking appearance and excellent maneuverability. Besides, it will never be confused with current multi designs.

The first Crusader was designed and constructed during the winter and spring of 1964. It featured a swept leading and trailing edge, weighed 6 lb 2 oz, and was powered by a Lee .45. While I considered this a very successful model, there was some problems in handling during windy or gusty conditions. This, plus my experiences at the World Championships in 1963, where wind was a definite factor in the contest, led me to redesign the plane.

The second Crusader, presented here, is heavier at 7 lb 2 oz, has a longer tail moment, has only leading edge sweep and is powered by a Fox .59. Reason for the change over to the Fox .59 is its superior fuel draw at high or low tank locations. Actually, we might have eliminated the tank cutout in the wing because of the good fuel draw but as everything was working so well, it was decided to leave well enough alone.

This version flies well in calm or windy weather, and was used to take first place at the Canadian Nationals, the Oklahoma City Invitational and third place at the Nats. With luck it will accompany me to Sweden for the 1965 World Championships... " 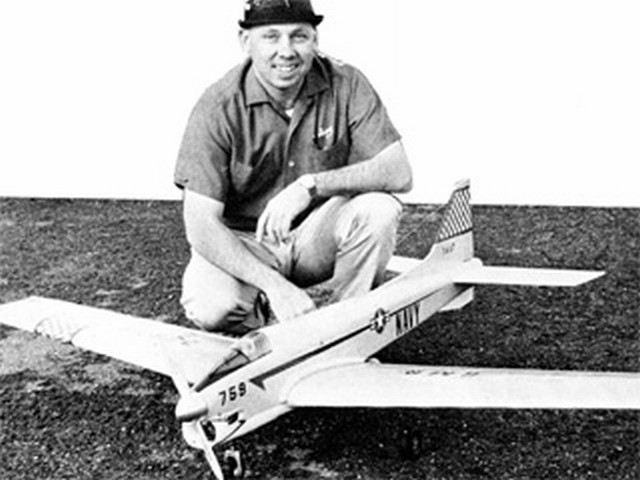