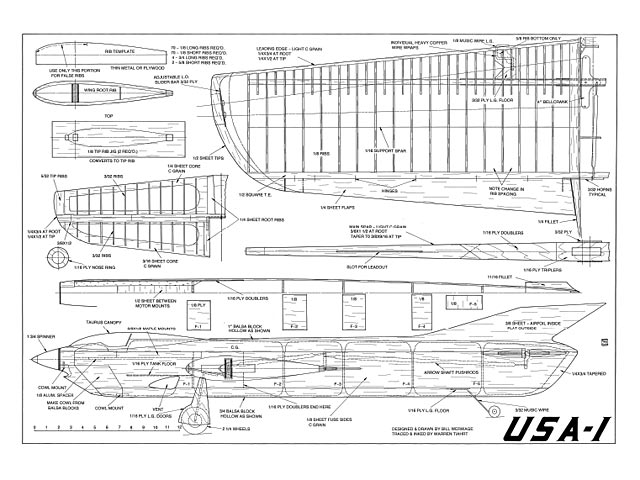 When I first saw Lew McFarland's Shark 45 (oz4557) fly in 1960, I was sure that the larger stunt airplane would someday replace the smaller .35 powered models most of us were flying at the time. I was also sure that this changing of the guard wouldn't happen for me anytime soon. Why? The answer is simple: power.

There was really only one engine that could pull an airplane the site of the Shark at all effectively, and that was the K&B Torpedo .45. It was fairly powerful and light, but we lacked the knowledge about propellers to fully utilize it. At least that's how I felt. I've always believed that the power system is at least half of the equation in our quest to come up with the ultimate Stunt model.

The K&B was a good engine, and I used it for my first ventures into the world of 'Big Stunt.' The first model I designed around this power plant was the Mariah, which was essentially an enlarged Ares (oz4884). It had a 57-inch wingspan, which was enormous by the standards of the day: 53-inch-span Stunters were considered large then. The Mariah in its original form was a complete dog. The airfoils I used produced a wing that had a too-far-aft center of pressure, and the model was prone to stall severely. I reribbed this airplane with a farther-forward high-point airfoil, and it ended up flying quite well, even with the extra weight.

Looking back. I realize that I overcompensated for the larger airframe and designed a model that had too much structure. I used wood thicknesses that were proportionately larger than those I used in my smaller .35-size models. After the lessons I learned from the Mariah, I rethought this and started to design with the same-size materials l used in the smaller models.

The next large Stunter I designed was the Super Ares. It was bigger than the Mariah, with a 60-inch span, but finished 2 ounces lighter. The Super Ares flew well right off the board. and the first day at the Field with it I knew I'd made some gains.

The Super Ares featured long nose and tail moments. The nose was 10.5 inches long (measured from the leading edge of the wing at the root to the backplate of the spinner), the tail moment was 17.75 inches (measured from hinge line to hinge line), and the wing root chord was 11.5 inches..." 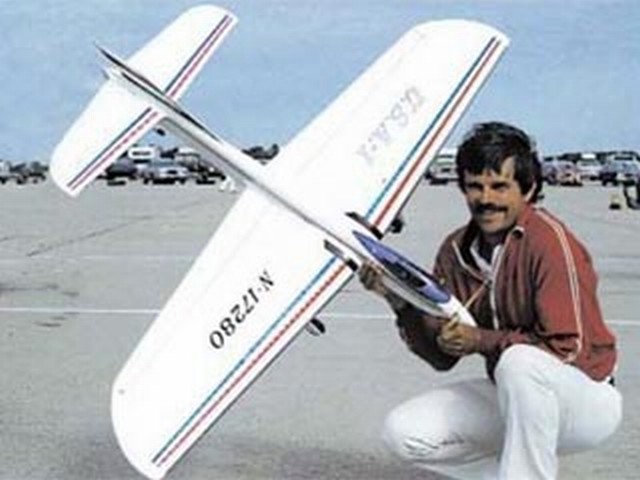