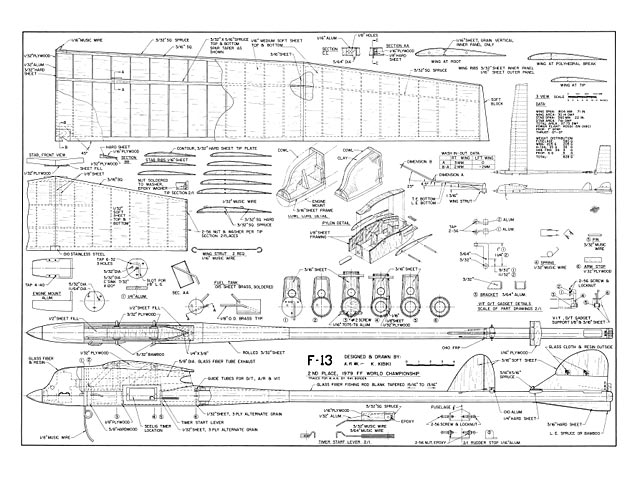 In the 1979 Free Flight World Championships, the F-13 was flown only in the first two rounds and in the fly-off rounds. In the second round, it showed a poor recovery from a stall after a bad transition, so I switched to my backup model, F-12, which had better glide performance and stability. F-12 continued to max as I had expected it to but although it as good enough for three-minute maxes; it was not strong enough to beat the world's top models in a fly-off.

During the intervals between rounds, I adjusted the transition of F-13 by changing the auto-rudder timing. In every fly-off round, it climbed higher than in uny of the other models and showed perfect transition.

The F-13 was completed at the end of August 1979, and took only three Sundays for me to adjust the flight pattern for the upcoming World Championships in October..." 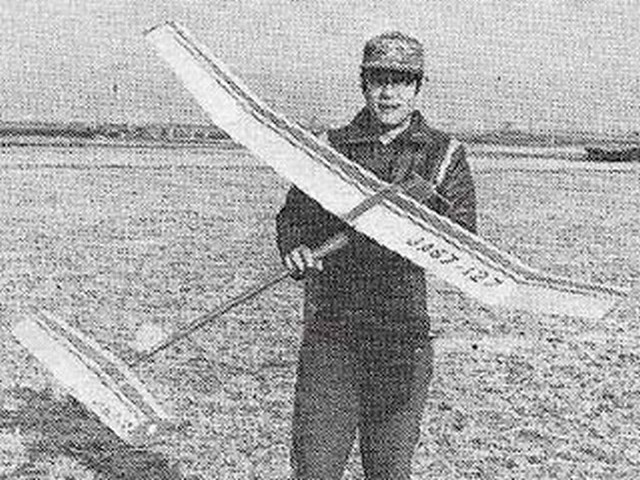