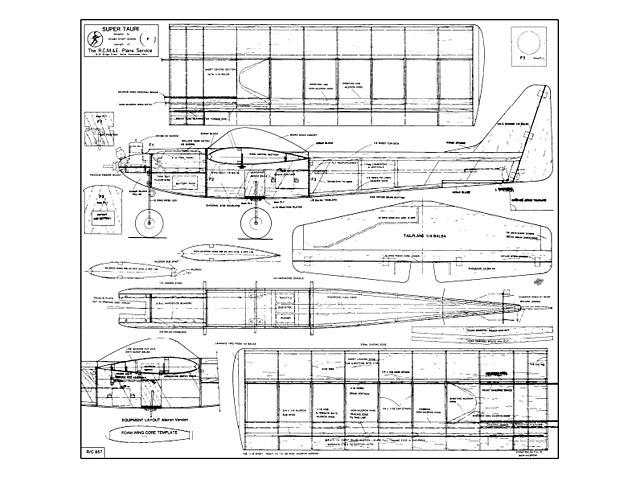 Eighteen years ago in April 1964, when plans for Ed Kazmirski's Tauri (oz5162) were published in Aeromodeller magazine, we little thought that the design would prove so popular. We knew it was a good design, it had to be to be kitted by a major manufacturer - Top Flite - and, of course, it was designed by a World Aerobatics Champion. Just what sort of aeroplane is the Tauri, why has it remained so popular, why do we need Super Tauri anyway, if the original is so good?

Essentially, Tauri was designed as a multi-channel R/C trainer, not multichannel proportional R/C, but Reed System R/C. Reed R/C was non-proportional, the servos went either one way or the other when a switch on the transmitter was thrown -- usually, for rudder and elevator, a three position switch biased to the centre. Down - neutral-up - if you like. Servos were very big and bulky by modern standards and receivers were coupled up to a reedbank easily as big as the receiver. Frequently, two battery packs were required, and sometimes three, if you wanted trim facility, then two extra channels and an extra servo were necessary! Tauri was not thought of as a first model, rudder only control was the usual first step as some experience of installation, flying and operating was expected of the intending builder.

Fashions change in model structure also, Ed Kazmirski designed Tauri for kitting and the published plan structure followed the style of manufacture to be expected-of an all built-up balsa kit model - foam had in any event been barely invented. Pausing only briefly to sigh with nostalgia, contrast the situation then with now - modern R/C equipment; proportional control, lightweight, small in volume. More powerful engines, even though we now always fit silencers and many, many more people flying, and learning to fly R/C. The basic Tauri has proved during the past 15 years to be a very good flier, a model which forgives mistakes and absorbs punishment, one which can provide an immense amount of flying pleasure...

Super Tauri retains exactly the original outlines of the '64 version. Subtle changes have been made, the undercarriage referred to as 'stalky' in the original description has been shortened, and because today's flier may well wish to fly for extended periods inverted, the fuel tank has been brought into better alignment with the carburettor by a slight lowering of the thrustline. Fuselage structure is simpler, there are less parts and less expensive balsa wood overall, and lastly the tailplane is now an all-sheet balsa affair..." 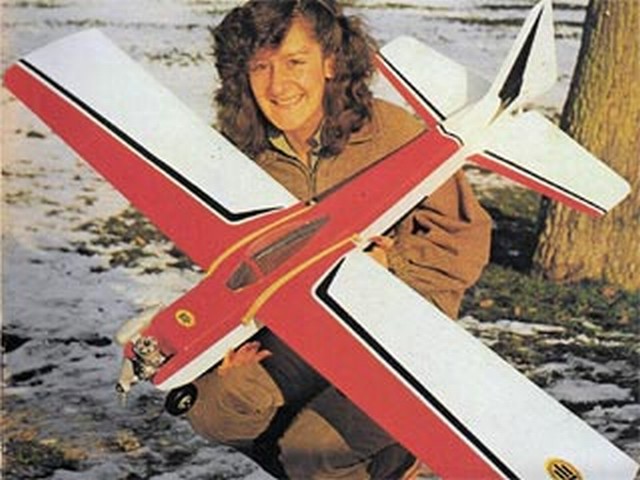