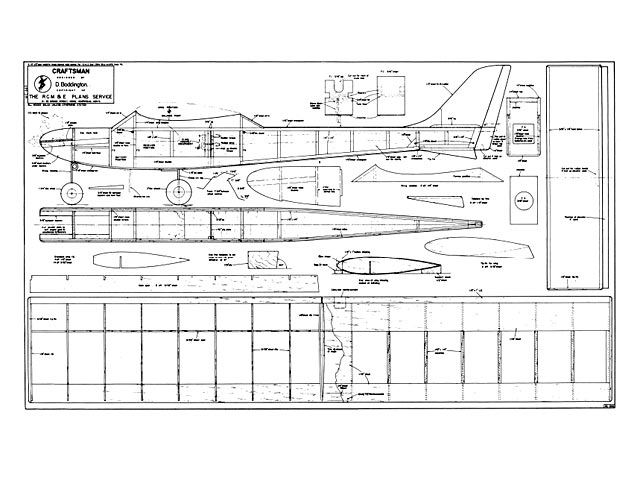 Quote: "Many beginners' models in past years have followed a pattern of lightly loaded, flat bottom winged designs. These are essentially a throw back from the days of free flight sports models when the flying characteristics of the model, slow stable flight with good lift weight ratio, were rather different to those required for a present day R/C model.

Although these models will perform well enough in calm weather conditions (in the sense they are no more than guided free flight models), they have their limitations in windy weather. With too low an airspeed the model cannot make headway against the wind and so often we have the sorry sight of a model climbing steeply into wind but gradually drifting downwind despite the fact that no turns are made. In other words, the ground speed (flying speed minus wind speed) is a negative quantity - it is apparently flying backwards.

The Craftsman design is an attempt to reach a reasonable compromise between a model that remains stable and easy to fly but has sufficient speed to allow the average R/C pilot to fly in the moderate wind conditions so frequently prevailing in this country. It is not a small model since small models often finish up with a high wing loading which, for the novice, is an undesirable flight characteristic, particularly when the heavier motorised actuator equipment is used.

With nearly 400 sq in of wing area the 'Craftsman' can carry a heavy radio load without its flying abilities being impaired. For all that, I would still recommend keeping it as light as possible - the heavier they are, the harder they fall. It is a tough model and therefore suitable for flying from rough grass fields. The undercarriage can be removed for this type of flying and it helps in preventing the model from nosing over on landing. Alternative two or three wheel undercarriages are shown. If you fly from runways you will find the three wheel version is much easier for take-offs as the model will track straight with little tendency to 'swing' offline.

Although primarily designed for rudder only and rudder/engine control, the Craftsman is also suitable for galloping ghost, or for that matter the new mini-multi equipments. The correct choice of engine is important and will depend on the type of radio equipment used. For rudder only control an averagely powerful 1.5 cc. diesel (Frog 150 or similar) should provide all the thrust necessary for normal flying.

The design of the 'Craftsman' is not particularly original in its layout but it incorporates a number of features that I have found to work well on some of my models. I also acknowledge a certain Whiz Kid (oz8493) influence with regard to the cabin construction and for this I have to thank my good friend Owen Kampen (at least he was my good friend). The use of flat plate wing and tail tips was initially just for the sake of having a minor change of design..." 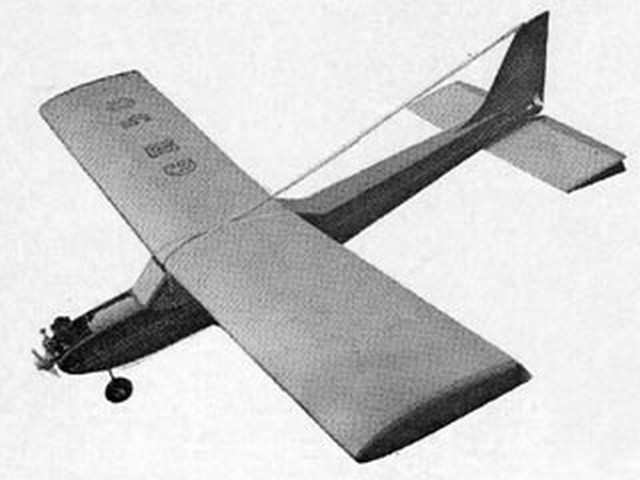