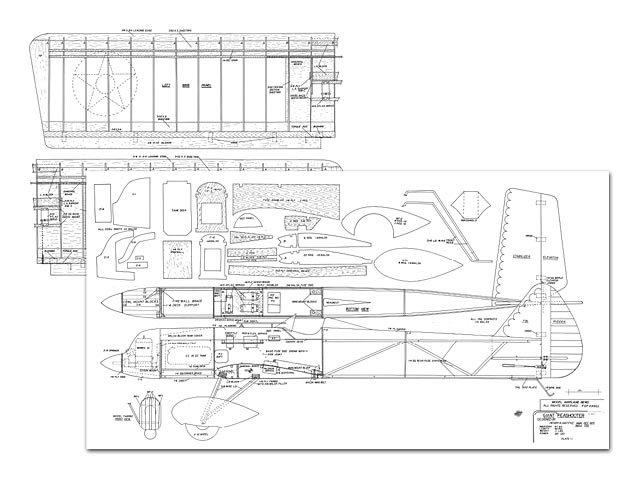 Quote: "Funny you should ask. In the spring of 1987, I designed a low-wing, sport-flying model that was very easy to build and is the best flying model I've ever flown. When it was time to finish the model, I looked at a picture hanging on my shop wall and decided, yes, that's how I will finish the new design. The colorful picture was of a Boeing P-26A called the Peashooter, so that's what I dubbed my new creation. The August 1987 issue of Model Airplane News featured a construction article on my model, which later became a Coverite kit.
...the model flew so well that I wanted one on a larger scale for IMAA events. I had a friend in the blueprint business enlarge the design photographically so that I'd be able to construct an 82in wingspan version, using a Webra .91 I thought this would be a super combination and time has proven me right. Norm Strout - a good modeler friend of mine - wanted to build his first big model, so we decided to build a pair together. I would cut and prepare all of the parts and sub-assemblies for the two models, and because he had more spare time than I, he would do most of the building. We also agreed that we would finish them identically using the original Peashooter color scheme that gave rise to my Giant Peashooter!"

Update : added article, thanks to spitfireflyby. 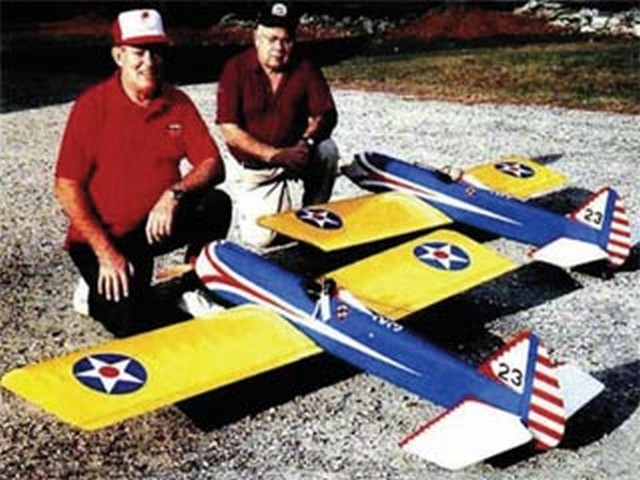