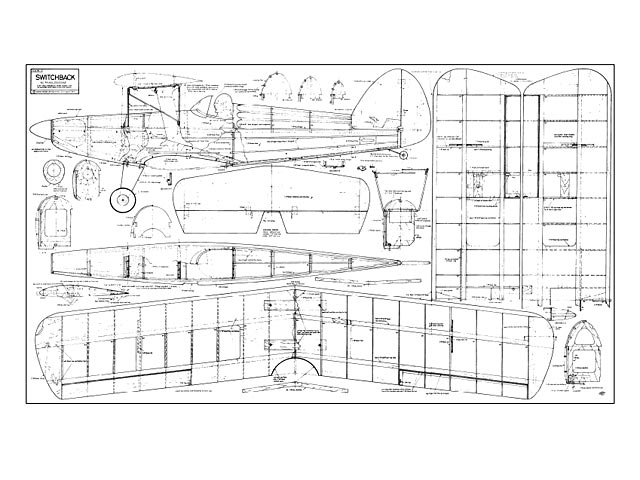 Quote: "There is something about a biplane that I cannot resist and, having built and flown a number of bipes, I felt they all lacked that snap that I was looking for - especially after watching the Rothman's Pitts Specials on several occasions. I was determined to reproduce that sort of performance in a model and, to achieve this, a clean design with the correct incidences, wing sections and loading was needed. The previous models I had flown had had ailerons on the lower wings only, and it therefore seemed essential to have themi on both upper and lower wings, to achieve the sort of roll rate I had in mind. Switchback has this feature - and the roll rate is very rapid.
Biplanes often have a tendency to 'zoom' or balloon and, to kill this I have used negative incidence on the upper wing and positive on the tailplane, with the lower wing - and the engine - at zero. Probably most important of all however, the CG is in the optimum position.
The general configuration of Switchback is a mixture of several sporting biplanes, with the rear deck and side stringers added to the fuselage to impart that slight touch of individuality. If you've read this far, you're probably on the way to being hooked, so let's get down to the nitty gritty..." 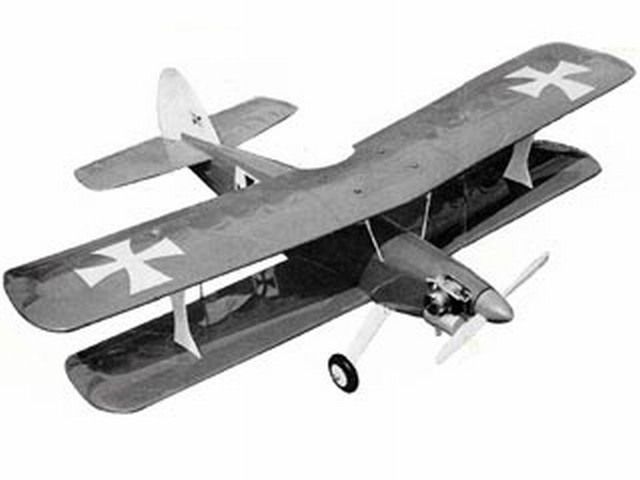