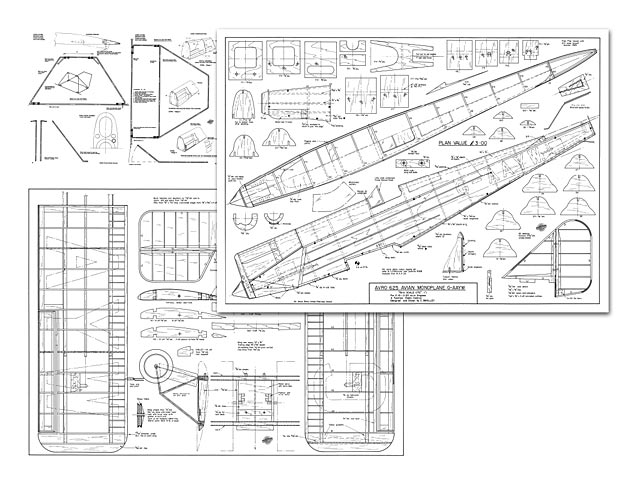 Quote: "I have often looked at photographs of this aeroplane with a view to building an R/C model. With the advent of Dennis Bryant's drawing (published elsewhere in this issue) and my previous research into the type, your editor asked me to produce a small scale version suitable for the new OS 20 four-stroke engine. In the event, at the time the design and construction commenced, this engine was not available, so my prototype was fitted with an Enya .15 two-stroke on the assumption of a similar power output. The plan is therefore suitable for any engines in the .15 to .20 class. It is probably better to use a slightly larger 'cooking' motor, turning a largish prop, than one of the 'FSR' type.

To fit the full-size 'throwaway' plan format (we hope the readers don't throw them away! Ed) a scale of 1/8 th was chosen, giving a wing area of around 2.1 square feet excluding the projected area beneath the fuselage. This gives a nice compact model that can easily be transported fully rigged. The construction has been kept simple, though with the full number of ribs, riblets and stringer detail. The undercarriage is integral with the wing and the non-functional rigging wires only require un-clipping at the fuselage decking position to facilitate wing removal.

The real aeroplane was modified during its life and generally cleaned-up in an attempt to improve its racing performance, and was also made aerobatic with a modified fuel feed system. Wing root fairings, lights, faired in U/C legs can be modelled but I chose to produce my prototype to represent the original form when fairly new. The main deliberate alterations to scale have been confined to the aerofoil and aileron hingeing. The aerofoil on the original appears to have slight underside camber with a section similar to Clark YH. The model section has been slightly 'flattened-off to make is easier to build a true wing. The aileron hingeing has been simplified to allow the use of standard commercial pinned hinges.

If you elect to fit the larger size of engine, check that the mounting lugs will clear the inside face of the fuselage sides, not forgetting to allow for the slight right thrust. If necessary slightly widen the nose to accommodate. You may also elect to fit a larger fuel tank with a .20 two-stroke. If so, watch the section of the top decking/cowling as it 'shoulders in' if the top of the tank is above the line of the longerons.

Before starting construction lay out your R/C gear and engine/tank over the plan and draw out any modifications found necessary..."

Hi guys, Love your site. I recently got a copy of Radio Control Scale Aircraft Quarterly Autumn 1985, as I was after the plan inside. The plan is for a 1/8 scale Avro 625 Avian Monoplane by Clive Smalley. There is also an article to go with the plan and a great 3-view drawing by Dennis Bryant (plus article). I have scanned everything and have attached for you to add to your site. Enjoy! Regards, James 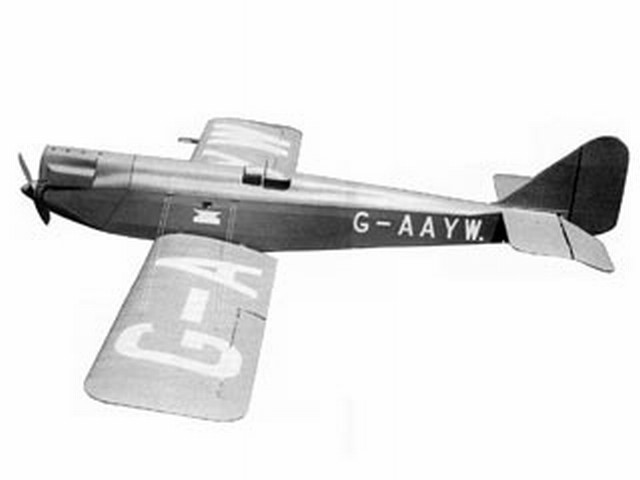