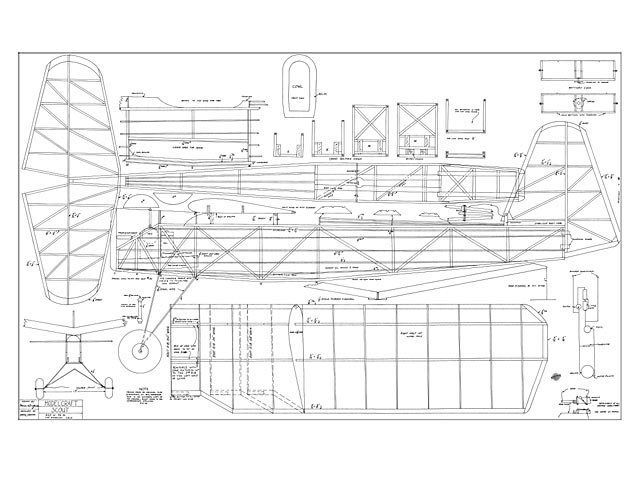 Quote: "In July, 1936, a second gas model was added to the Modelcraft line. Called the Scout, it was a shoulder-wing design with a cowled, upright engine. The kit permitted the builder to choose a wing of either 48 or 54 in wingspan. Later, the Scout line was extended to include a 60 in span wing and either a high or low-wing mounting."

Quote: "Traced from an original plan (a blueprint) by Bill Thompson. This is an accurate copy of the original, right down to the horrendous spelling 3-4-65." 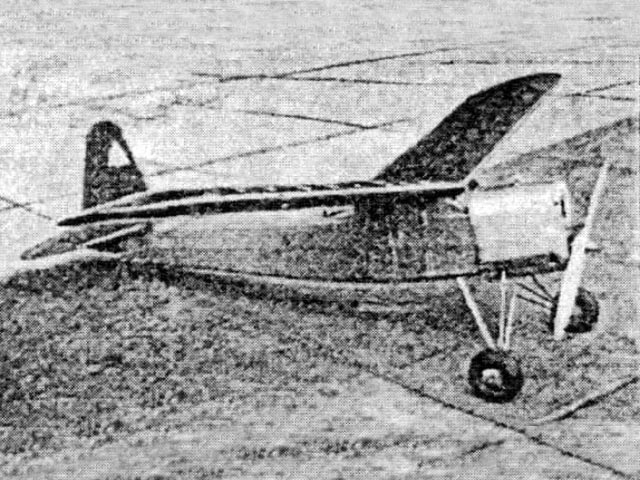 For more about Modelcraft and Barney Snyder, see long article by Jim Alaback in KAPA Collector #59 (Sept 2007). Available as a free download at from the FAC website at http://flyingacesclub.com/wp/the-fac-library/the-kapa-newsletter-archive/
Aaron - 01/08/2019
Excellent link, many thanks. Have just used that to add more background and pics to our Corben Super Ace (oz4716) listing, too.
SteveWMD - 02/08/2019
Add a comment