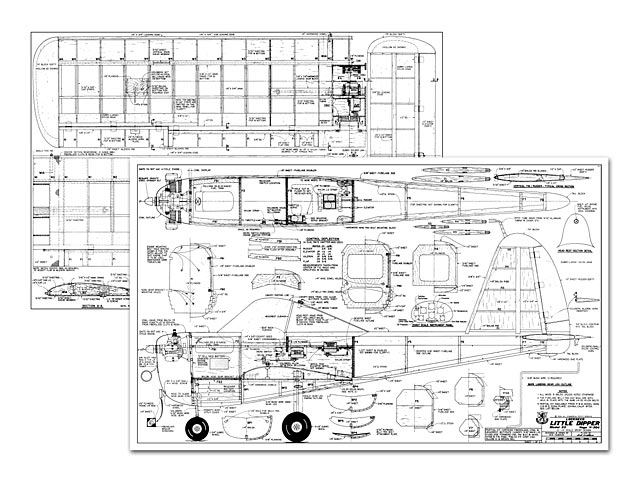 Quote: "A unique competitive sport scale model of a little known aircraft with a distinctive personallty.

The little Dipper was doubt one of the most interesting and inspired light airplanes ever built. It was also Lockheed's smallest and least publicized prodcct and it never got beyond the prototype stage. The design concept was unparalleled in it's simplicity, performance was remarkable and, above all, it was thoroughly safe and easy to fly.

This writer has been fascinated by the Little Dipper for more years than he will admit but has been deterred from building a model because of the huge canopy requirement which is a requirement of the Dipper's personality.

The Saito FA-90T four-stroke two cylinder-engine brought an end to the procrastination. The dimensions of the Saito FA-90T are very close to one quarter size of the two cylinder Franklin engine used in the Dipper. Since the original Little Dipper had a wingspan of only 25 feet, a Quarter Scale version has proven to be an excellent combination.

Our enthusiasm for this project during construction was exceeded only by the flight performance. We know that everyone raves about how well his latest pride and joy bores holes in the sky to a point of causing disbelief. Hang on, here it comes again. This bird flies like the original, the combination of ample power and light wing loading with wing flaps provide a remarkable speed range with safety. Horizontal flight at full throttle results in a quite respectable speed; a landing approach with full flaps, nose a bit high, engine with a touch of throttle gives a walk-along touchdown speed. Loops from horizontal at 3/4 throttle are no sweat, inverted flight with full flaps looks dumb but the airplane doesn't mind... "

Quote: "Steve, in December 1982, Dick Tichenor foreshadowed this June 1984 plan with a historical article in RCM.
I am calling this short history "Article1" and the construction article in June 1984 "Article2" I attach Article1 for your information and use. David" 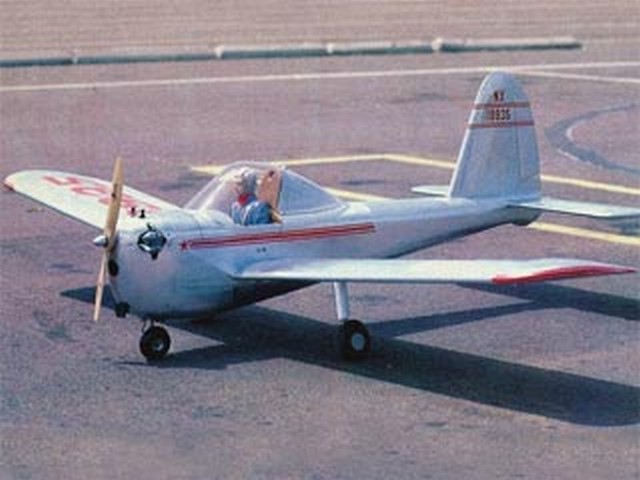