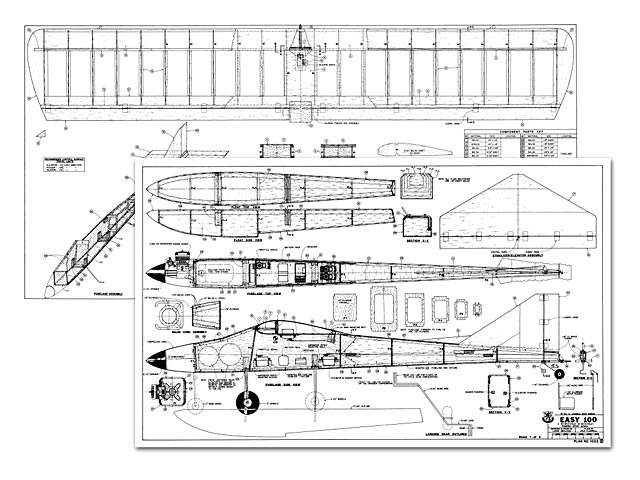 Quote: "After thirty years of designing many types of aircraft, and twenty years in R/C, I decided to build myself something that I haven't done in a long, long time a basic, high wing trainer.

I gave a lot of thought to what in my eyes this type of model should be like. Good flying characteristics were, of course, the prime objective. Equally important was ease of construction. To make the model more versatile, provisions were made to have it as a taildragger, tricycle gear or float plane.

The model has a thick Clark Y airfoil, 1-1/2 in dihedral, and zero angle of attack.
The stabilizer is set at zero angle of attack as well. To make sure that the model does not climb at wide open throttle, I gave the engine 3 degrees of downthrust. This set-up has an added benefit and it is that when flying upside down, no down elevator is required to hold level flight.

Even though I was sure that the model would fly well, I was pleasantly surprised by its characteristics. With its streamlined body the model is fast when flying wide open, when throttled back, it flies and lands almost at walking speed. When stalled, it will drop the nose a little bit, then continue flying. All of the controls are very effective. The model can do all of the basic maneouvres with ease, except that it will not spin.

Inverted flight is most amazing. All of the high wing models that I have flown, with flat bottomed wiugn and dihedral, did not want to stay inverted and required constant correction. The Easy 100 is different. If trimmed correctly, it will stay on its back for a long time with no control movement needed. I guess even a simple model design can teach me something new.

The model performs very well on floats as well. As you can see on the plans, the tailwheel has a water udder extension on it, so stering is no problem. Converting the model from land plane to float plane is less than a ten minute job..." 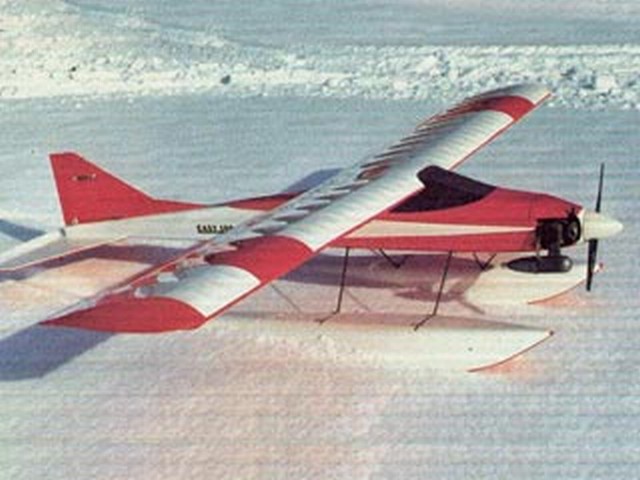