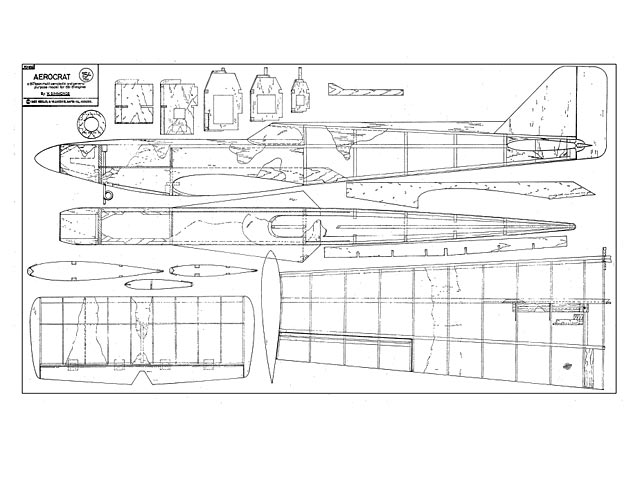 Quote: "AFTER having a somewhat chequered career in my efforts to become a proportional flier (following four years single channel and about six months with reeds), I finally achieved real success with the purchase of a rather battered VK Cherokee (oz4075). Two clubmates had already learnt to fly on this and, with the help of several of the club members, I managed to get airborne and log some flying hours.

Having done some 200 flights with the Cherokee, I changed to a much modified Uplift (oz6027). This had 8 in lopped off the wingspan and 3 off the tailplane and was, in fact, a build-up of several pranged models. It proved to be very fast and a bit hairy. Acrobatic performance was limited too, so after about 180 flights with the thing, I thought I would design a model of my own. 'Design' - as usual - being said with tongue firmly in cheek.

I looked up the articles on several of the current trendy models to see what the experts had to say on the matter, then took the opportunity to fly replicas of their designs whenever possible, to see if I agreed with what they had said. This gave me a formula from which to work when drawing up my dream machine. I could well have called it Twistupmoonfli but, in the end, settled for the rather light-aircrafty-sounding name you see here.

Flying characteristics: You will note that there is no downthrust or side thrust shown on the plan, as I have not found either to be necessary. Although some sidethrust may be needed to straighten out bunts on some models, the prototype flew straight off the board, as they say, with only a touch of up-trim - and I even have to take this of in windy conditions.

Take-offs are clean and smooth - just a touch of elevator to unstick and Aerocrat will climb away nicely on its own. Once in the air, it is fast and smooth - really smooth. It will go through the schedule with ease, and, in fact, will do anything of which the pilot is capable. It also handles well at low speeds and is not prone to tip-stalling.

Landings are easy (a prime requirement since my early experiences ! ) just keep the power on a bit if it's windy, chopping right down at the very last moment.

All in all, it seems to be an easy, pleasant model to fly; docile enough for the average flyer to handle with ease, yet, as I said, with a very high potential. Several of my club-mates, having had a go with Aerocrat, seemed - to my surprise - to be quite impressed. Enough to suggest I submit the plans and some snaps to RM..." 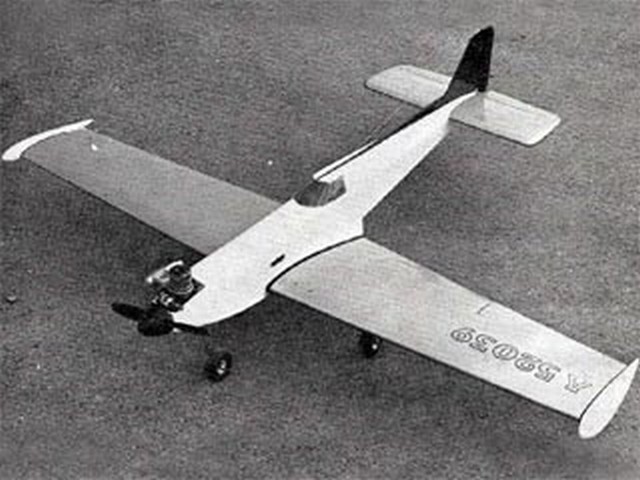