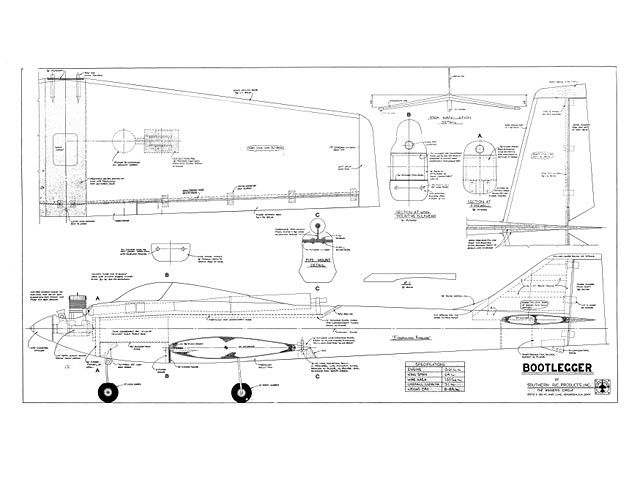 Outlined below is the construction sequence which we feel will enable you to build your Bootlegger with the least amount of head scratching and in the shortest time possible. Along these lines, we feel you will find the plans very complete with numerous notes to help with the construction details.

Wing and Stab: The wing and stab cores in this kit were cut from blanks which were held flat and true during cutting. When allowed to sit unsupported, most blanks and cores will return to their original shape which may evidence itself as a bowed core. Don't worry about this. The cores, having been cut from true blanks, will result in warp free surfaces if you use the blanks as temporary covering jigs. The following steps describe the correct method of sheeting the wing and stab cores.

1. Glue the trailing edges to the cores and sand to the surface contour. Lightly sand or brush each core to remove loose particles.

2. Prepare 4 wing skins and cut to size, allowing 1/2 in overhang all around. If using edge glued balsa, it is recommended that you begin your skins with full width sheets at the LE and carry them back as far as possible.

3. Select the sheaths from one core to serve as covering cradles. Temporarily attach these to a flat true surface with double-sided ape.

4. Mark the sheath with the wing root on the left as the No.1 cradle. The other sheath (No.2 cradle) was the sheath which was held to a flat true surface during cutting and should be used last to insure a true panel.

5. Apply Southern Sorghum to the skins and cores following the instructions on the bottle. A piece of sponge rubber makes a handy uisposable applicator... " 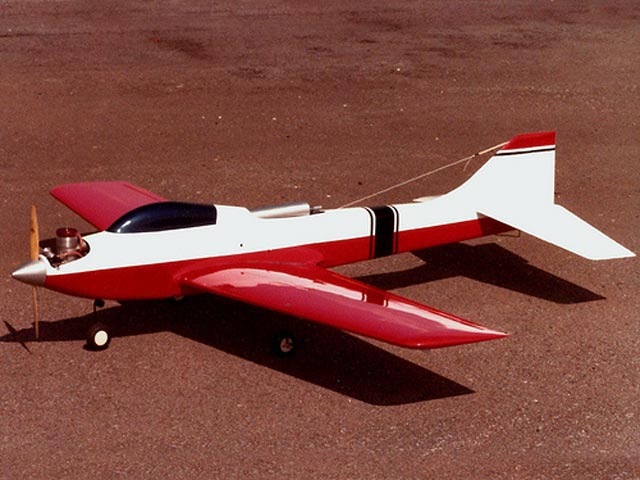