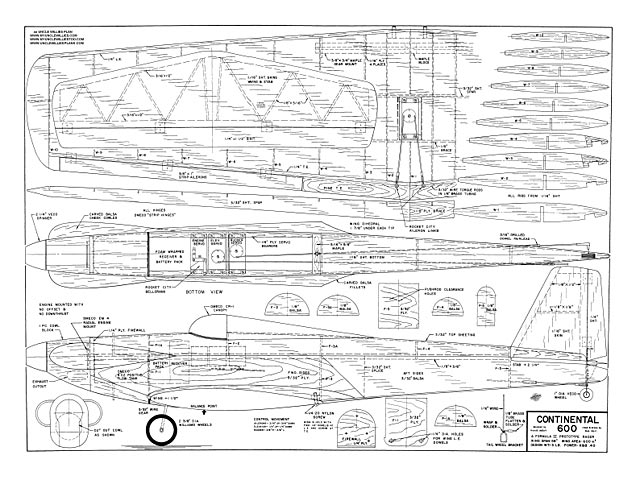 Quote: "Already a seasoned contender in the Formula II races when the rules were provisional, this deBolt originated 600 incher still meets all specs for the official 1969 AMA Pylon Racing category. Continental 600, by Hal DeBolt.

Ya say ya can't land that hot Formula I racer at your club field without rollin it up in a little ball! Ya say ya can't have any fun with your Formula I pride and joy except in a race because each flight takes a year off your life! Is that what's botherin ya brother?!

Tell ya what I'm gonna do, I'm gonna tell ya about a racer that can put you in the winner's circle without decreas-ing your life expectancy and still give you a plane that ya can fun fly and land safely on that beautiful green field.

In January, 1968, a group of Formula I enthusiasts got together at the Buffalo Bison's Mid-Winter Conference to discuss the then popular Goodyear event and also the not so popular Con-tinental event. Having flown the 450 square inch Goodyear racers for the past two years, I was looking for an event that would be more appealing to the less than expert flyer in terms of flying and particularly landing characteristics. The discussion that prevailed revealed the fact that we had the event but only a handful had built the Continental class airplanes and I wasn't one of them. Everyone assembled agreed that the 600 square inch class of racer would be the best way to go if we ex-pected to encourage more flyers to get into the racing game. Many had tried the 450's over the past two years and had some experiences with them to the point that they got very discouraged with the whole idea of racing.

Well then, let's all build 600's for the 1968 season and encourage all C.D.'s to include the Continental event in their contest schedule, This is what we de-cided to do and as a result, 4 of the 5 major contests in District H added the Continental class to their list of events.

Well, now that we had the idea roll-ing, it was time to select an airplane to do the job. While speaking with Hal deBolt, I found out that he had designed a 600 in racer sometime ago but never got one built. Since I am always looking for the easy way out and had been flying one of Hal's Midgets in Goodyear in 1967, which won several contests, I decided to take a look at his 600 design and before I knew it, the balsa chips were flying.

Construction time was also an important factor and I am sure you will find that this has been reduced to a minimum in the Continental 600. Now, after flying the Continental 600 for a season I am very much enthused about the now so-called Formula II event. Not only has the Continental 600 been very successful for me in the Formula II races, but I was able to get third place at the New Eng-land Championships among a field of 18 racers which included only two Formula II types..." 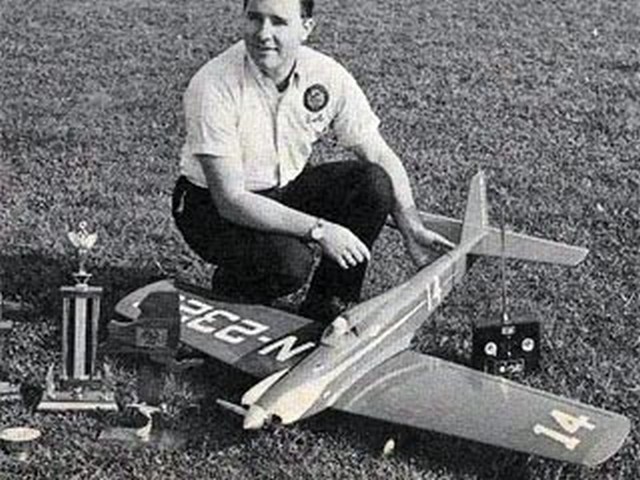