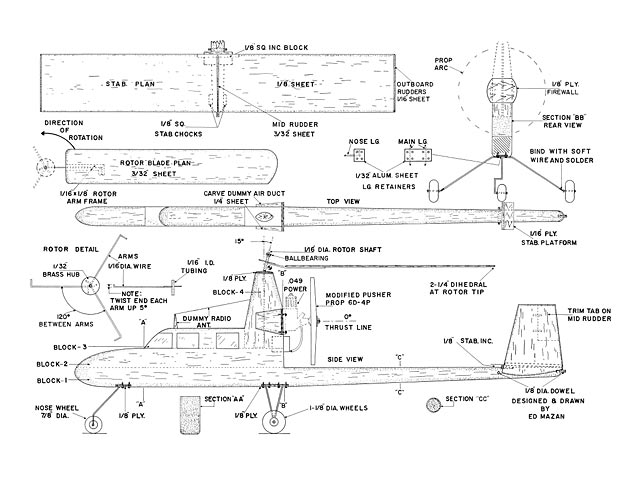 Quote: "THE AUTOGIRO WAS invented by Juan de la Cierva of Spain. Although Cierva designed numerous successful conventional aircraft, he constantly searched for means to make air travel safer. In the early days of aviation, pilot error was the most common killer, since fixed wing aircraft often stalled and crashed. Cierva finally envisioned an aircraft with a freely rotating wing which could be completely independent of speed. In 1923 the autogiro was born.

Using a conventional aircraft, Cierva replaced the fixed wings with a free-spinning rotor, mounted off the fuselage on a tripod pylon. The autogiro proved its safety characteristics. No stalls or spins marred its performance. Most important was its ability, upon engine failure, to descend almost vertically at a rate roughly comparable to that of a parachutist.

The autogiro is not a helicopter. Their only likeness is the rotor, and their flight characteristics differ greatly. Autogiro lift is accomplished by a free-floating rotating rotor not connected to engine, while forward thrust is derived from a conventional motor and propeller.

Our model autogiro is a semi-scale design based on the recent full-scale Umbaugh autogiro. The ship is made of light or medium-weight solid balsa. It requires a large fuel tank because, in still evening air, the autogiro is capable of reaching fantastic altitudes nearly overhead, yet descending only yards from the point of launching.

Constructio. Fuselage: The fuselage is carved from a unit of four separate solid balsa blocks, glued together. From 1 inch square light-weight balsa, cut to proper length Blocks 1, 2, and 3, as indicated on plans. Arrange the blocks in proper order, glue and allow a reasonable time for drying. Cut Block 4 to length from medium weight balsa..." 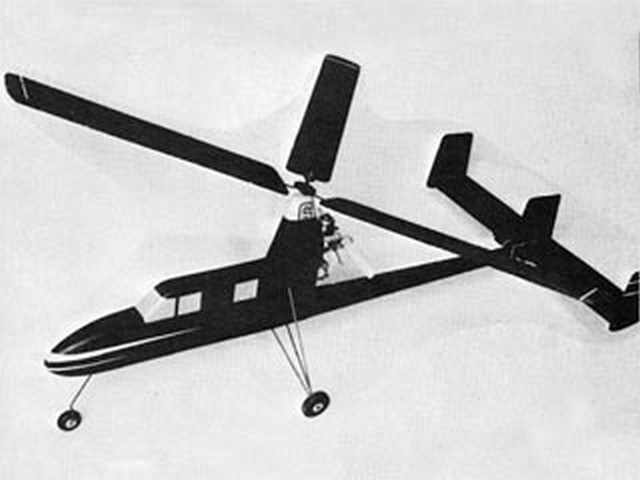