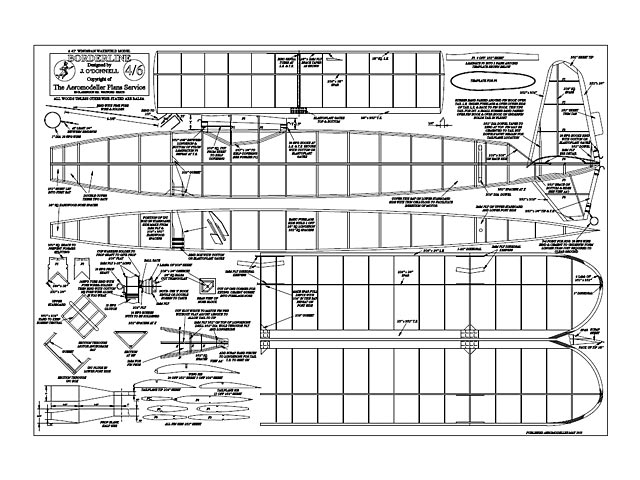 DEVELOPED over two seasons, this is one of the most reliable and consistent contest models in the country. It is also a Wakefield without frills and easy both to build and fly. Mk.1 featured a thinner fuselage 2-1/2 in square - and very small fin area. Flying with the then standard 16 strand x 48 in long motor it performed well from the duration point of view but had insufficient rubber room.

Next version had a fatter fuselage (3 in square) but suffered from instability on launch. Despite this it did 12:16 in the Gateridge 1951 to place top in the NW Area and second in the country. Increasing and rearranging the fin areas cured the troubles on launch - first contest with the finalised design was the Swansea Nats, flying with a 4 min fuse, the model went OOS after 3:02 and that was that.

Five weeks later it was found on a rifle range 4 miles downwind. It was dewarped, repaired and flown on 12 strands, 72 in long. This gave bunch trouble if not very carefully wound. However, performance was much better than with 16 strands; as it did 12:10 in the Flight Cup '51, won the club 'Currington Cup' contest with 8:58 in poor visibility (3 min max!) and finally placed 2nd at the NW Area Winter Rally '52 with two OOS flights to total 5:50. This last comp lost the model permanently.

Various examples were built by several members of the Whitefield club during 1952 with featherers, retracting undercarriages, etc. John placed third in the Wakefield Trials using a Borderline for the first two flights, doing 4:32 and 4:20 OOS. The latter flight DT'd at 5: 0 and went over a wood on the skyline at 8 mins! It was found by a farmer cutting corn ten weeks later! A hurriedly built lightweight version was used for the last two flights in Sweden doing 3:50 and 2:42 (down-draught!)...." 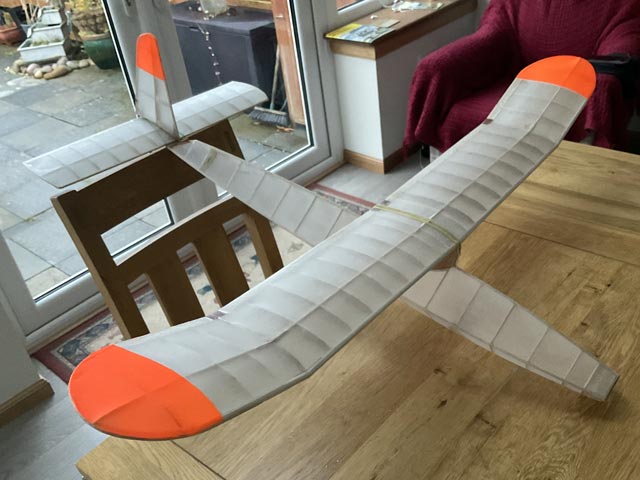