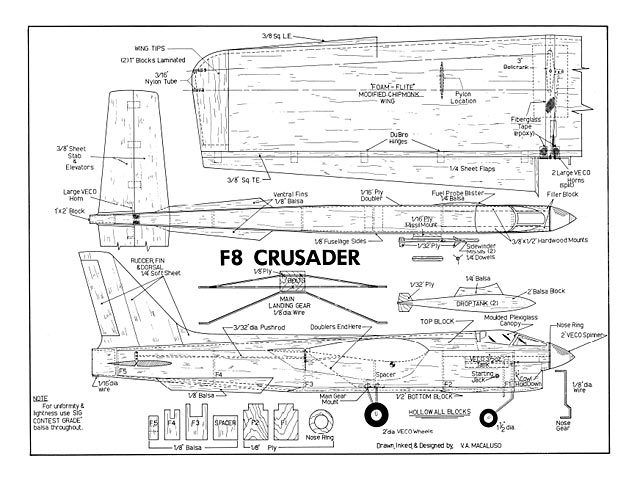 Quote: "Two consistent contest-winners, these semi-scale stunters are based on the Navy's best current jet fighters. Should be most effective at the Nats..."

Quote: "The Crusader was chosen because of its unique look, high wing, ventral fins, sidewinder missiles and drop tanks - all things the ordinary stunt flier would not consider ...construction is kept fairly simple through the use of hollowed balsa blocks and box-type contruction of the fuselage, balsa sheet for the tail surfaces and flaps, and a slightly modified foam wing. By paying attention to the slection of light wood and hollowing out the blocks as much as possible, the plane's weight should be 50 to 52oz, about right for a good 35 engine..." 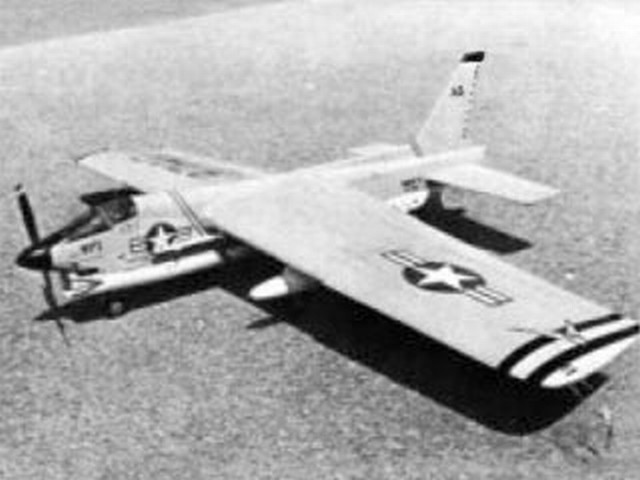