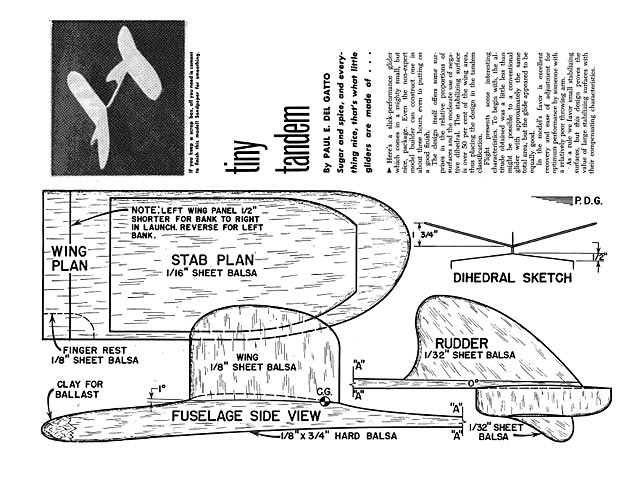 Quote: "Here's a slick-performance glider which comes in a mighty small, but nice, package. Even the non-expert model builder can construct one in about three hours, even to putting on a good finish.

The design itself offers some surprises in the relative proportions of surfaces and the moderate use of negative dihedral. The stabilizing surface is over 50 per cent of the wing area, thus placing the design in the tandem classification.

Flight presents some interesting characteristics. To begin with, the altitude obtained was a little less than might be possible to a conventional glider with approximately the same total area, but the glide appeared to be equally good. In the model's favor is excellent recovery and ease of adjustment for optimum performance by someone with a relatively poor throwing arm.

Article text is included on the plan. 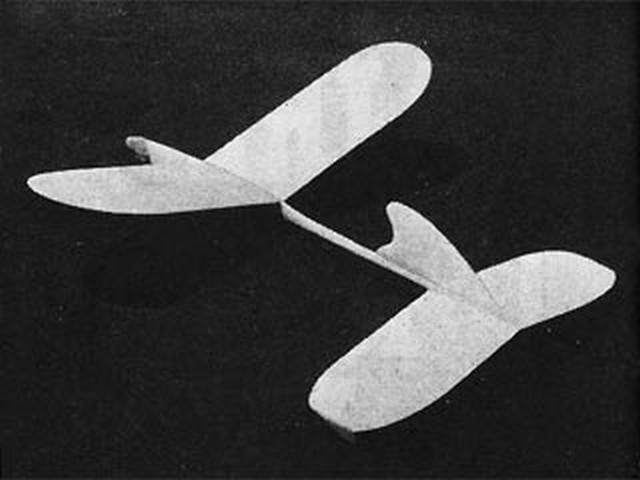