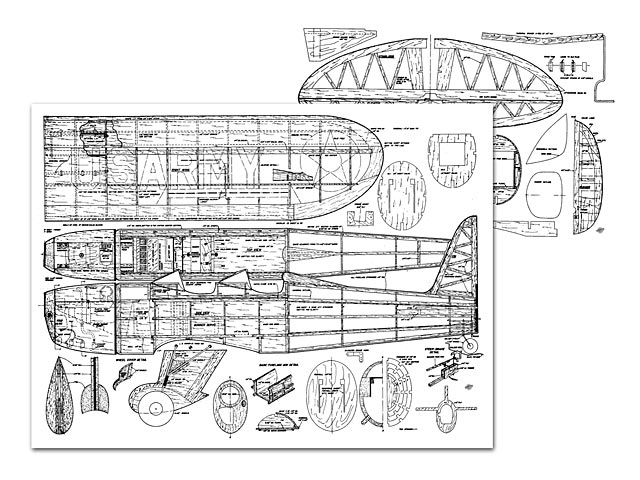 Quote: "Very few modelers need an introduction to the Ryan ST. In real life it was the first low wing trainer used by the US Army for pilot training. The ST had an aluminum monocoque fuselage and fabric covered flying surfaces. This was not especially hard to duplicate. The real beauty of the original was in the smooth cowled in Menasco 4 cylinder engine and the ultra streamlined wheel covers. The only problem the modeller will encounter here is solved by a few sheets of sandpaper and a lot of patience!

For the benefit of those who may build and enter the R/C Ryan in a contest, here are the facts concerning its fidelity to scale. All outlines, ratios and locations are true to scale. The only departure was the stab-elevator which was enlarged slightly for obvious reasons. Using the same reasoning we dispensed with the flying wires and compression strut from fuselage to wing which supported the impact of the landing gear on the full scale craft. Any other scale questions can be answered by the scale we used which was 2.2in = 1ft.

In outlining the construction procedure, we will spend most time on those areas which may give the most trouble. The construction is of an average nature and should offer no trouble or problems. The fuselage is actually built in three parts and each is completed, except for final sanding before they are joined together. The mid section is basically a box. Cut and mark off the former (FS) locations on two identical pieces of hard K" sheet balsa as per the basic side outline..."

Here is the last Ted Strader airplane plan I can get you. This is a scale design which was not usual for him. The model scale is 2.2"/foot, so I scaled the plan to 66" wingspan, which was corroborated by the stated wheel diameter. This was a fairly large plane in its time, and even though it spans 5 1/2 feet, it is powered by a .19. I can't imagine anyone today using anything smaller than a .40, but it was a different mindset back then. Most planes were rudder only and you wanted just enough power to maintain a gentle climb when flying straight. 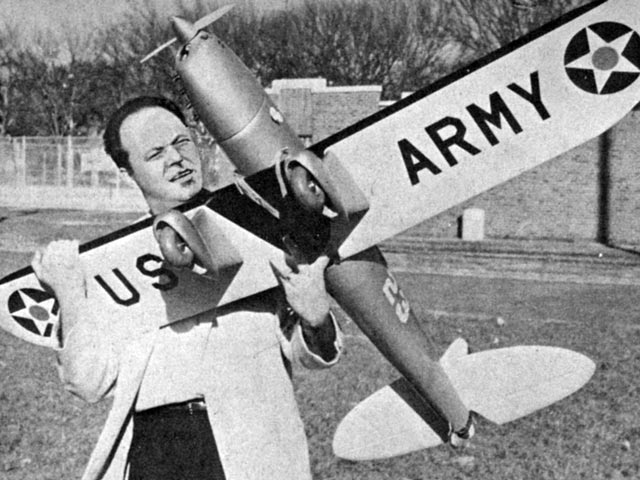