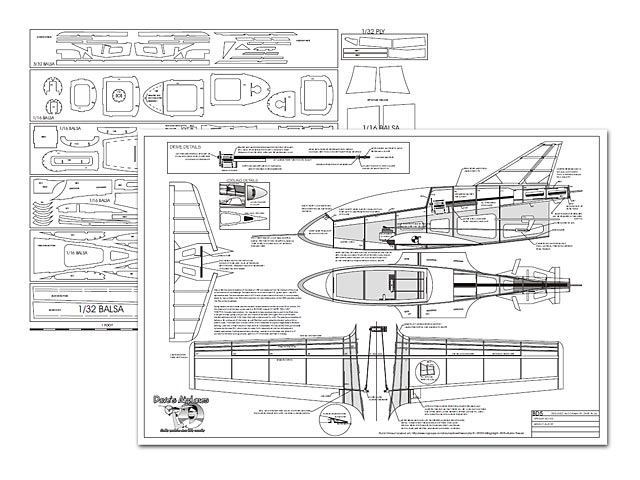 There is an excellent build thread (by the designer) at - https://www.rcgroups.com/forums/showthread.php?293... showing lots of detail and photos. 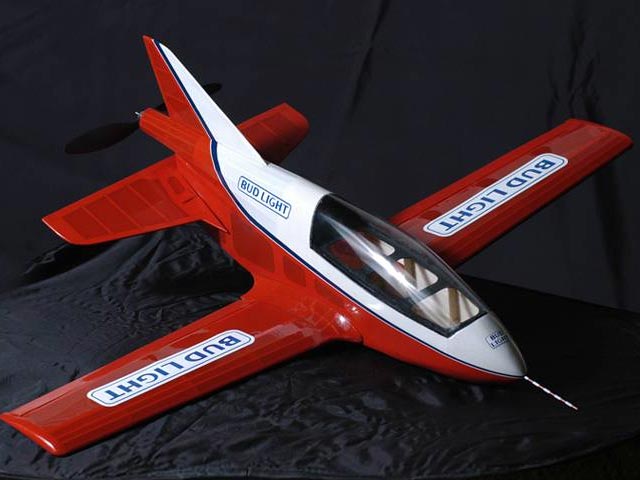 The infamous BD-5. I have a little experience with this model. Sometime in the mid 70's, Ed Burquez, whom I worked with, bought a BD-5 kit after rave reviews in the full size aviation magazines. I saw it once while he was building the fuselage, all aluminum held together with flush pop rivets, not a a simple thing to assemble. I couldn't believe how really small it was, but Ed could just barely fit into the slim fuselage. Later, he discovered he would have to lose weight if he wanted to put gas in it without exceeding the maximum weight requirements. Ed's kit was incomplete, major parts like landing gear and controls were yet to be delivered. About that time the first kits were being completed, and the main problem was the engine, located deep in the fuselage just behind the pilot. They would run long enough to get off the runway, then quit, usually because of overheating. All the first engines were converted snowmobile 2-cycle models with a belt drive to the prop shaft. Cooling issues frequently caused overheating, resulting in a dead stick condition at the worst possible time. Ed never received the wings for his kit, having lost interest after all the early deaths. I think he sold the remains several years later, probably very cheap. About the same time Ed bought his kit, I took one of his 3-views from his brochure and built a small balsa glider to see how it would fly. I used the long wing version Ed had ordered, with a profile fuselage and wings carved to an airfoil section. It sure looked short. Flew that way too. A simple hand glide flew pretty well, but a stronger hand launch refused to recover from a stall, turning sideways and falling out of the sky like a leaf. I gave the unsuccessful model to Ed, which may have played a role in his decision not to finish his kit. I never saw a kit completed, the company having gone belly up soon after, but I did see one fly a few years later at an airshow held at the Bessemer Ala airport. It was the extensively modified jet version from the James Bond movie where they flew it through an open hangar. His flight didn't last very long because of the thirsty jet engine, but it was fast. If you build this model, consider lengthening the fuselage with a larger fin and rudder, maybe it will fly better than mine.
DougSmith - 12/12/2016
If you want to date this, the build thread on RCGroups is 2004.
GreggD - 26/12/2018
Got it, thanks.
SteveWMD - 26/12/2018
Add a comment