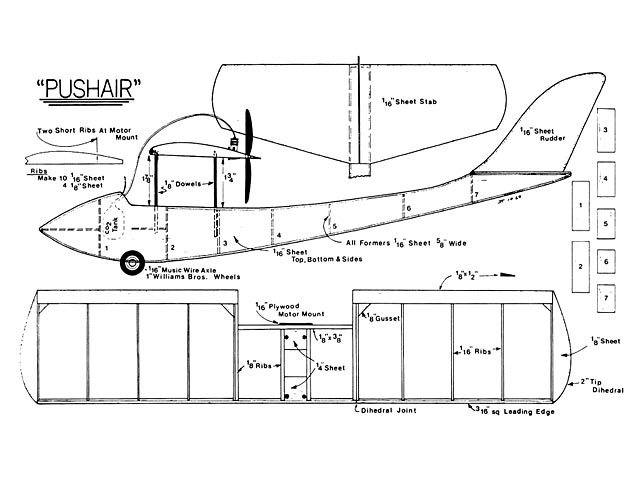 Quote: "For the new Brown Junior .005 CO2 engine, a wee cutie that can be flown in parks or even indoors! Frank Ehling American Aircraft Modeler Feb. 1970.

CO2 powered models are not new. Herkimer and Campus once mass produced such engines, and CO2 power was once a National contest event. The model shown here was made overnight to demonstrate a new motor. Now Bill Brown, of the famous Brown ignition engines of the 1930's and early 40's, has come up with another winner a tiny 'mill' called the Brown Junior .005 CO2. Its displacement is .005, or 1/200 cu in. Weight is 1/10 oz with hardware. The engine can be run at various speeds; it's a simple job to turn the head to adjust to the rpm desired. Price is $24.95 with tank. The loader costs $5.95 but also can be used with the Brown jet engine, available later.

One big advantage over a glow engine, of course, is lack of noise; great for those who have to fly in a city park. Another advantage is its cleanliness of operation. It allows one to make a simple model and not accumulate weight with a lot of fuelproof dope which can warp light structures, causing all sorts of flying trouble. Furthermore, pistonpowered indoor flying is again possible.

PushAir is simple to build. Use light balsa throughout. Build the fuselage by cementing the bulkheads to one fuselage side while it is lying flat on the workbench, and then cement the other side on top and weight it down until dry..." 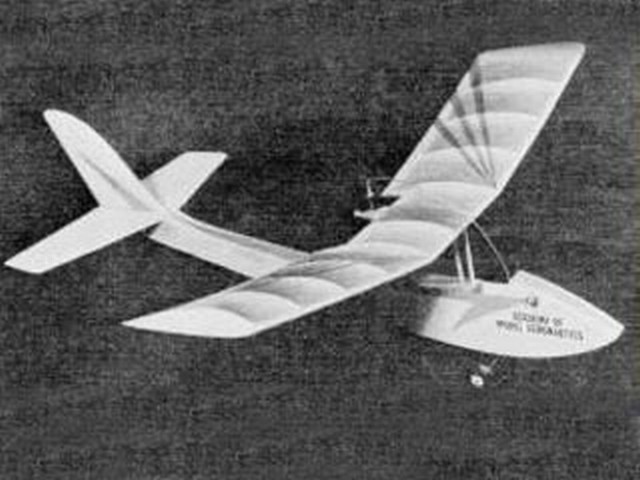