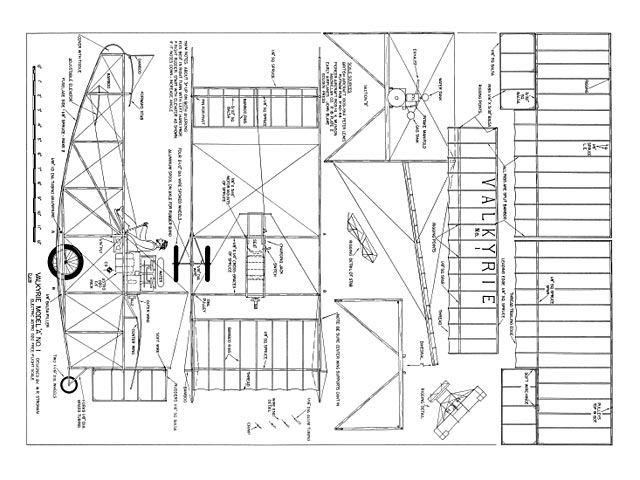 Quote: "Want to fly something that's different but easy to fly? Tired of trying to find which yellow highwing monoplane is yours in the scale line up? Are you one of those (and who isn't?) that hates to wash and wipe your model off after a flying session? Then the electric powered Valkyrie is for you! It's stable, being a canard, because when it gets in a stall attitude the stab stalls first while the wing continues lifting. The large amount of dihedral gives it great lateral stability too. Although the rudders are close to the wing, they are very effec tive. The engine toward the back means that you will have less broken props or bent prop shafts.
The electric power will surely please you with instant starting at the flick of a switch. It's nice to know you won't have bruised fingers from trying to start an engine, also when it starts it always runs in the same direction. Did you ever launch a gas job with the engine running backward? What a sight! The full sized airplane was made in the year 1910 and was very successful. It was even used as a trainer as the wide skids and wheel tread made it comparatively easy to land. Honduras mohogany was used in most of its construction and the covering was clear doped cotton. The lettering on the stabilizer was to be read from the bottom, a clever way to advertise the airplane..."

Attached is W.R. Stroman's A.S.L. Valkyrie from Flying Models magazine issue 09-77. This model was featured on the magazine cover as shown. Regards, 'theshadow' 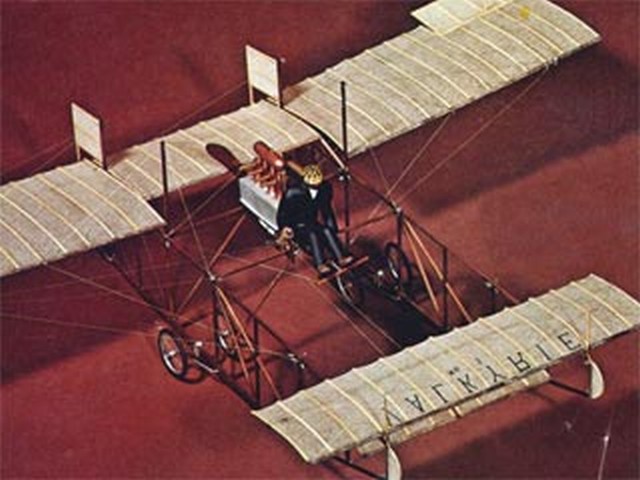