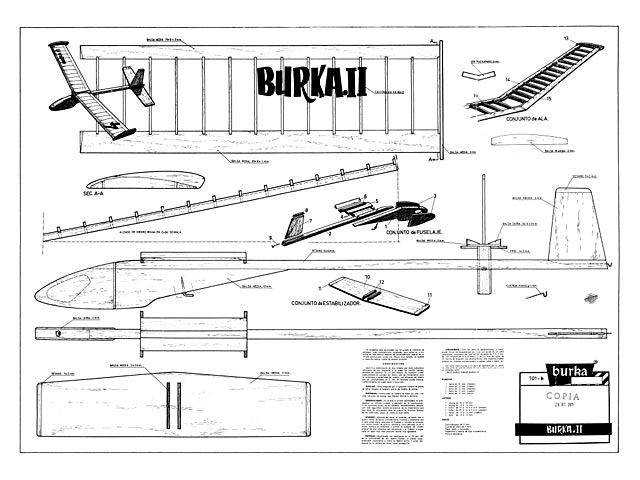 "Plan of BURKA II, a good elemental glider, was designed by enthusiast modeler who mediated the decade of the sixties founding a company called BURKA. It was sold in several ways, completely finished, in the form of a kit and in flat form, the kit included a small rubber sandow 'Pirelli' flat and its cable. I used to fly in thermal and on slopes with excellent flight characteristics. Easy and cheap we have done a little bigger (1/2 more and assisted by radio) with equal result." 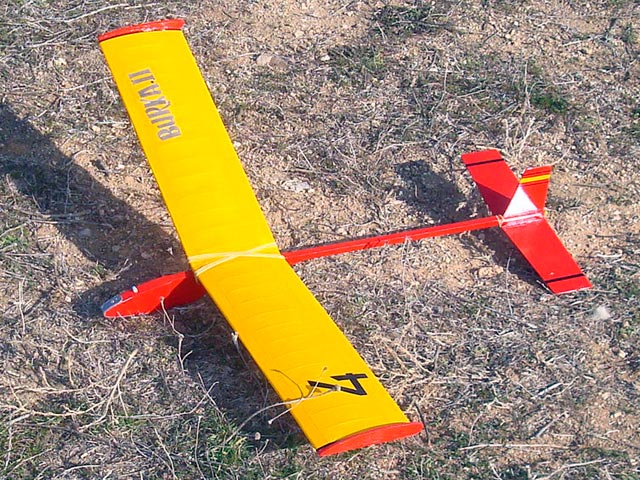