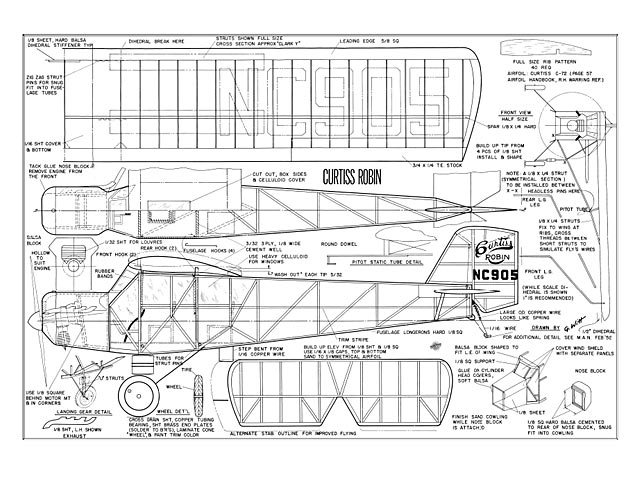 Quote: "One of the greatest planes ever designed, from a modeler's point of view, is this old favorite. It looks good, has simple lines, performs on .049's.
In 1928 the Curtiss Aeroplane and Motor Co produced what was destined to become one of America's No. One flying scale models. Used already for RC and rubber scale, the Curtiss Robin makes its most recent come-back as a Half-A flying scale entrant. Perhaps this will not be the Robins' most eventful career but undoubtedly it will make its mark in the Half-A flying scale event. The OX-5 powered Robin illustrated here can be modified to the radial engine Challenger version with very little research and rework of the drawing. To those ambitious modelers who wish to be different, the radial engine will provide hours of delicate scale work.
The construction of the model requires special attention at several points. In the construction of the fuselage, the modeler should attach well the plywood frame around the top of the cabin. This frame helps prevent damage to the fuselage from the wing hold-down hooks. Cabin details should include those shown on the plan plus some instruments on the cabin side of the firewall...
The author has seen only two Robins. Both had contrasting fuselage, wing and empennage. A moderate finish is a good finish for a Robin. Remember, ir was a 1928 production airplane." 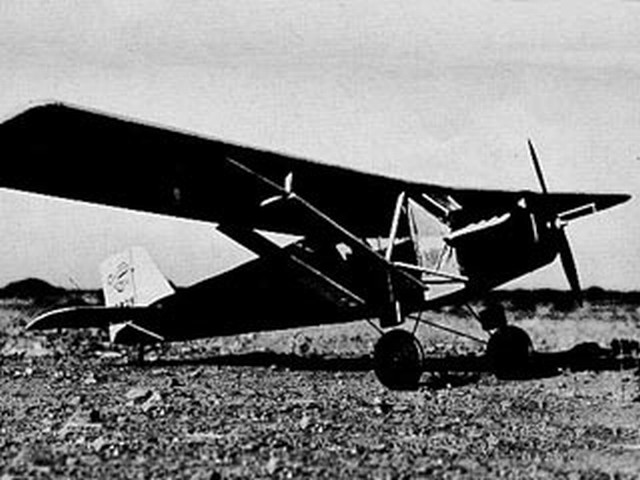