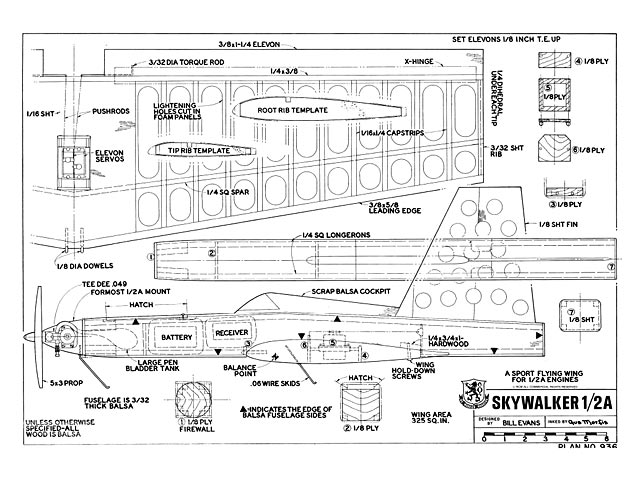 Note the Skywalker was published in three sizes as: Skywalker 1/2A, Skywalker .40 and Skywalker .61. All three plans were presented together in the same article, RCM March 1985.

Quote: "If you haven't tried the flying wing concept, this is a great opportunity. Presented in three different sizes by Bill Evans, so one should fit your needs ...on September 26, 1980, the first Skywalker took shape and was test flown. Powered by a K&B 3.5, it was performance plus! Shortly thereafter a .40 powered by a K&B 6.5FR was in the air. A week later the TD .049 (using a pen bladder tank) was flying. Amid phone calls for plans and cores for the first three sizes of the Skywalker, work began on the .61 size. Due to its size I found the .61 version to be the smoothest and easiest to fly of the lot. It's super stable and goes through the air like it's on a set of tracks." 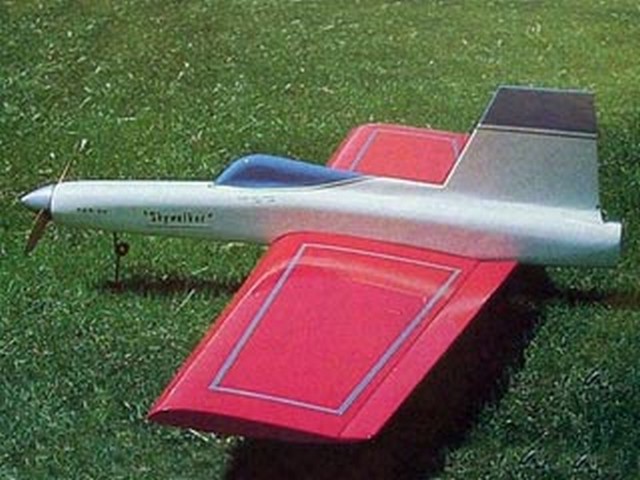