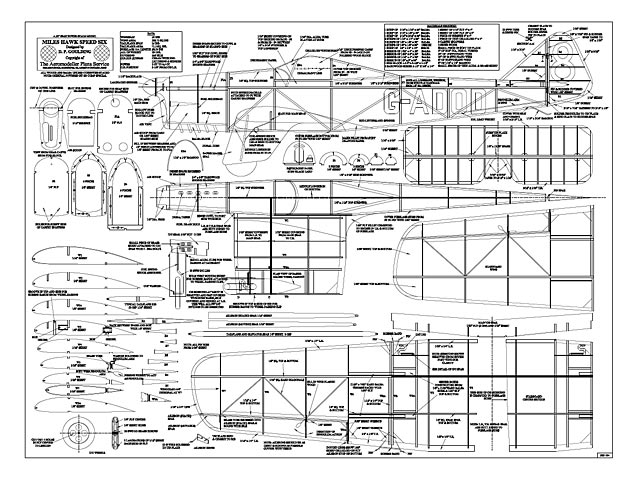 Quote: "ALTHOUGH it is now some seventeen years since the AL Hawk Speed Six was new it has, nevertheless, won a great reputation as a pure racer in post-war years. Generally considered as the most potent entrant in events since air racing restarted in this country, this aircraft has only just been rivalled in this field by the recent resurrection of the sole surviving Mew Gull.

Modellers may choose between three sets of registra-tion letters for their planes ; G—ADOD which DP Golding has modelled was accompanied by G—ACTE and G—ADGP and it is the last named of these that is still flying and is to be seen this summer at meetings and races. G—ADOD was first flown with an open cockpit by Ruth Fontes, but was later fitted with a new decking and a cockpit canopy. In this form F/0 Clouston flew it in the 1936 Johannesburg race, but engine trouble resulted in the aircraft being written off in Rhodesia.

This model, originally powered by E.D. Competition special 2 cc diesel, features pendulum control for both the Ailerons and the Rudder. In addition, the elevator may be adjusted for trim, thus providing a neat scale appearance with separated control surfaces, and at the same time using them to ensure stability. Detachable wings make it an easy model to transport..." 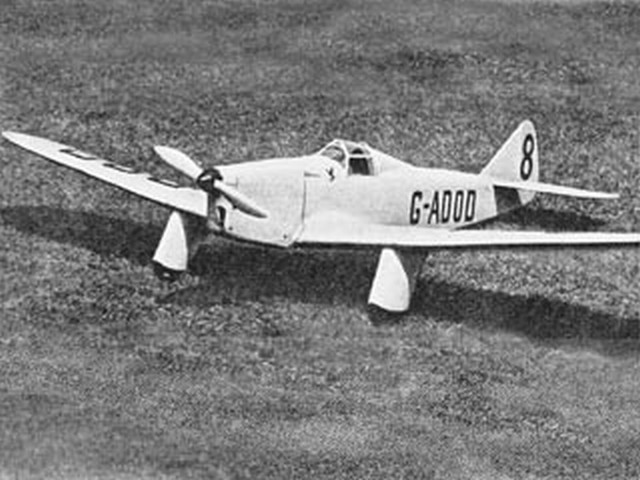