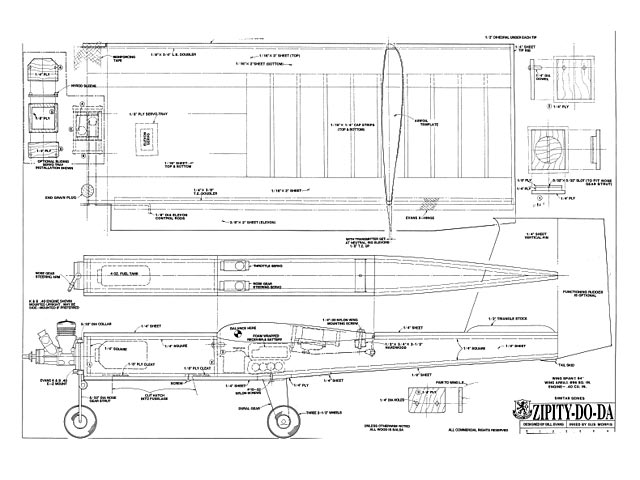 Quote: "A 'Wing' for all the right reasons! If you haven't tried a Simitar Series Flying Wing yet, now is the time! By Bill Evans .

Though Simitars operate on the concept of a flying wing, they really don't look like a flying wing. Neither do they appear to be conventional in nature. So, what are they? They are 21st Century Aircraft of the Simitar Series.

Flying the Do-Da is pure pleasure. Some call it the K-12. That's Kindergarten through 12th grade. If you give low throttle and make slow, easy control input, it will respond as a glider. If you signal full power and give control input to the max, it's a screaming demon.

On one occasion I had landed the original one wheel version, dead stick and one of the Sierra Simitar Squadron members walked out to pick it up. The wind was blowing about 20 mph; as he approached the ship I gave some right to level the wing and, just for the fan of it, some down to lift the tail. Result was the wind pushed the ship backwards, in a reverse taxi mode, causing my retriever to run after it.

Another time, while flying the 85 in span, ST3000 version of the Do-Da, upon landing and taxiing in at low throttle the engine loaded up a bit. When given more throttle it backfired and reversed direction. We then
proceeded to taxi toward the pit, tail first.

Now, add flying in winds up to 60 mph, hovering inverted, and backing up mid air in the same wind, to vertical landings: and vertical take-offs (recorded on VHS). To explain what the Do-Da can do in its entirety would take too long; to say what it cannot do is most simply put by saying -The Do-Da violates all limits of what some hold true.

Construction is super simple: foam core wing; fuselage sides, top and bottom of sheet balsa. It takes about six hours of work time for construction, complete, ready to cover. It then takes me at least six hours to cover..." 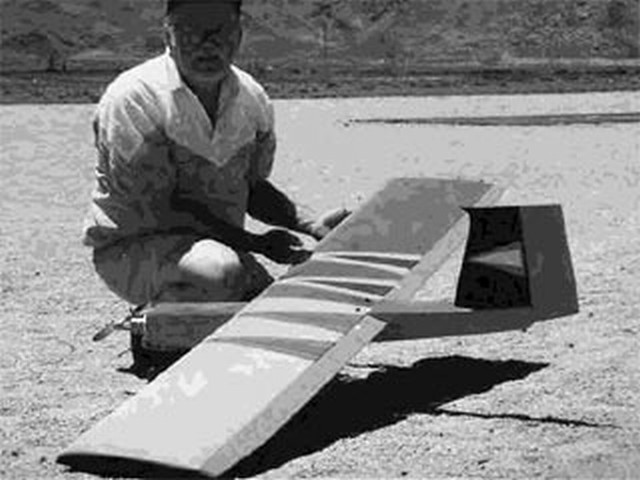