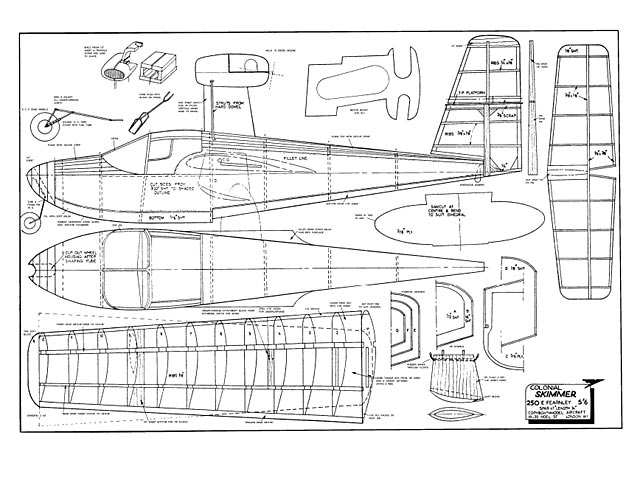 Quote: "If you have had your fill of AOP's and high wing cabin scale models, here is something really out of the rut. As soon as I saw the Skimmer, I had to have a go at it. To me, it had much of the appeal of the Seamew about it, and that model is still going strong after three years of sport flying.

Building was commenced on the Skimmer and as it neared the covering stage, the 1956 Nats were switched to my own doorstep, as it were. Although I don't think much of competitions, I thought I would enter this model for the Super Scale Section.

The British Nationals is not the best place to flight test a pusher flying boat, with a few hundred spectators and the judges tapping their feet; however, the crowd gave it a rousing send off as it took off and bored its way into a stiffiish breeze, as steady as a rock. Few of the people watching knew that it had, in fact, never taken off before, and had not flown with the main wheels in place. As these weigh 3oz it had put out my calculations, and I had two dummy runs before the Mills was giving its full power to ROG the Skimmer.

The trouble was due to the carb intake facing forward into the airstream, which is aggravated by the venturi effect of the engine cowl. As soon as air speed was gained, the air pressure weakened the mixture. I cured it by fitting a scrap of celluloid to break the air stream..." 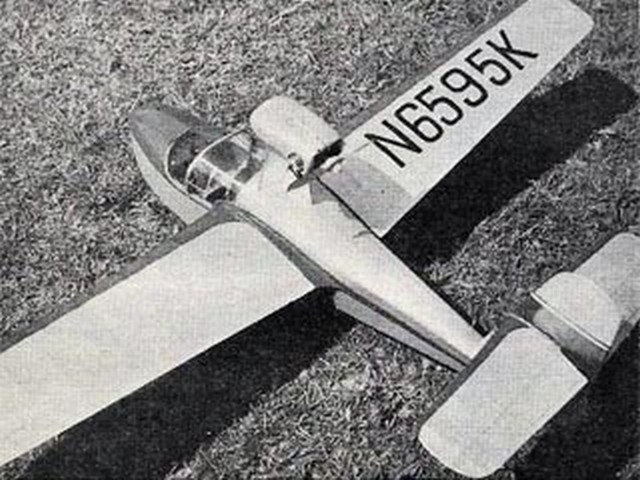