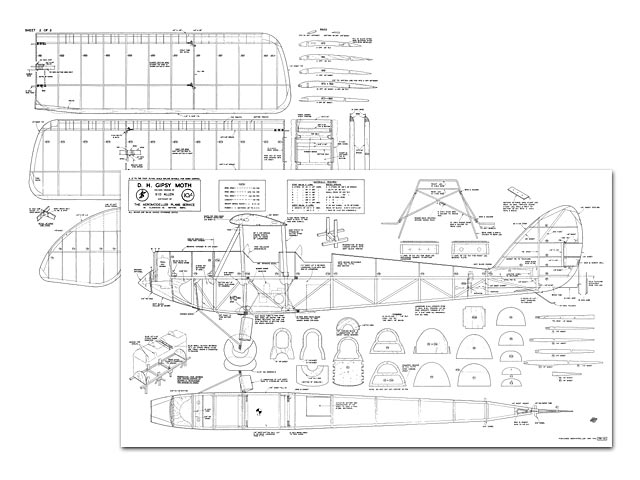 Quote: "Top R/C man of 1952, Sid Allen of Battersea, will also be remembered for his large-size (scaled-up) 'Sporty' entered in the 1950 Bowden Trophy. The pleasure derived from this model and its predecessor, also a 'Sporty', but of normal size, prompted Sid to look around for a scale biplane and one which, furthermore, could be used with radio control. He eventually settled on the APS 'Gipsy Moth' which, although only 60in wingspan, has a total wing area of just over 1,000 sq in, making it the largest scale model in the Plans Service. The original plan as issued (1943) required some slight structural modifications, both to improve strength and to correct one or two small deviations from true scale; the resulting model flew successfully from the very first and, as will be appreciated from the photographs, draws many an admiring remark for its realism, both static and in flight. The Atwood Triumph (8 cc) used by Sid gives more than sufficient power for excellent performance, and we have, in fact, seen a sport version of this Gipsy flying quite well with an ED Comp, so any motor from 3-5 cc. up should prove entirely suitable. Since making its debut in August, 1952, the original has made dozens of impressive flights without damage, although it must be stressed that it is primarily a fair-weather machine and is not really suitable for rough conditions or contest work. For flying in moderate breezes, an ingenious device is included for changing the incidence of the lower wing ; this is a gadget which really works. The re-issued plan contains all the modifications found necessary by Sid Allen, and is guaranteed to possess the high fidelity to scale..." 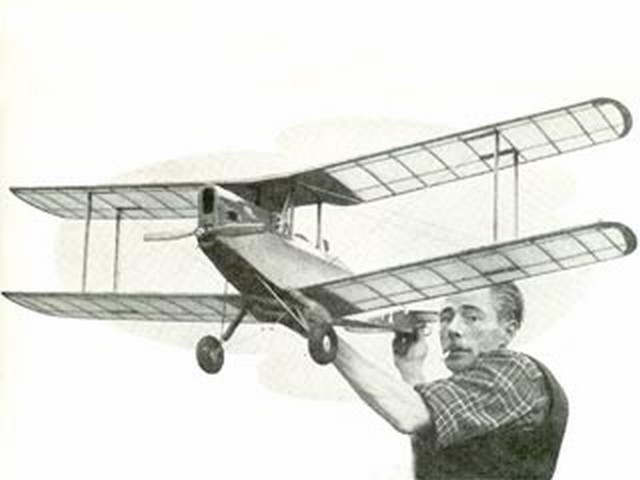