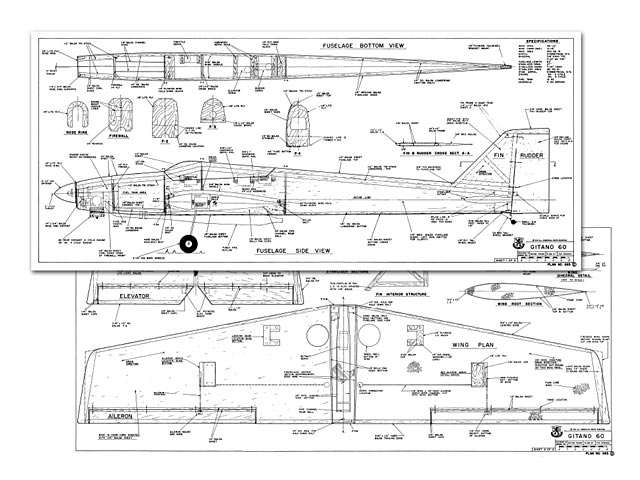 Quote: "With simple, lightweight construction, good looks, and great performance, the Gitano is a real winner. By Hector Tschen.

The Gilano is the result or more than five prototypes, from which we have built and flown more than six of each one over the past eight years. The plane really shows its potential in the Turnaround pattern where space and time between maneuvers seems to be so tight. The inherent speed control of the design makes the maneuvers easy to plan in advance, as well as the low weight which is the key for constant low speed, tremendous vertical performance, and instantaneous response to minimal control input - all great features for the pattern competitor.

Construction is a lot simpler and faster than most high performance acrobatic planes. Try one, you will love it.

Construction. Wing and Stabilizer: Although this is not a beginner's project, the wing has very easy construction steps and only a few of them have to be done with special attention. First, the wood for the skin should be the lightest possible. Don't worry about strength, most foam-balsa wings are well over-designed.

Second, very special care should be taken to build straight wing panels; from the positioning of the template in the foam block before cutting, to the slow cure epoxy thinly applied only to the balsa skin. Note that the wing has a straight trailing edge - no taper. Third, both the wing and stab are completely finished, almost ready to cover, before removing the ailerons and elevators. This assures the best airfoil profile shape and control surfaces matching. The stab building sequence is the same as for the wing. Wing and stab panels are hot wire cut, the old fashioned way, from white foam of approximately 1 lb / cu ft density..."

Article pages, text and pics, thanks to jflint5429. 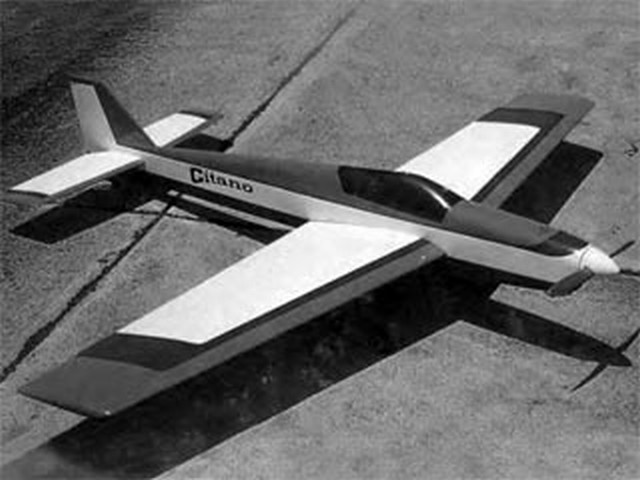