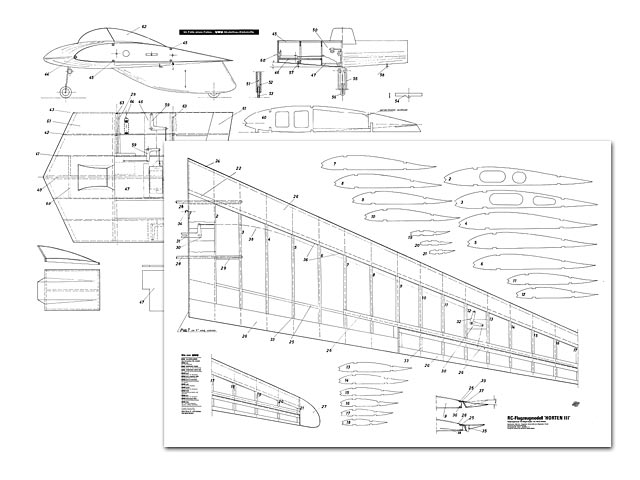 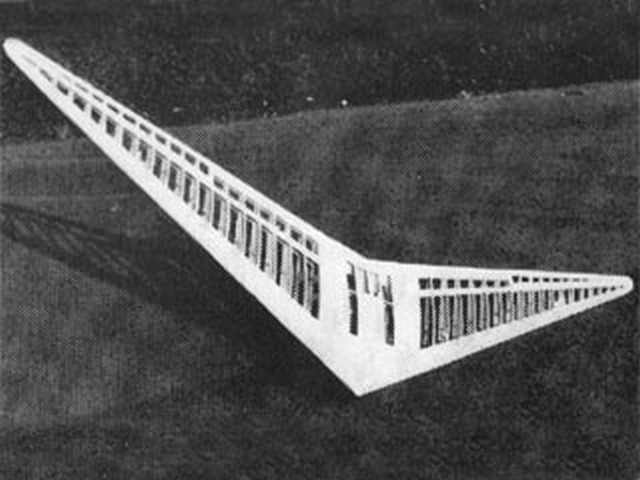 My brother (Jaume: 1934-2016) and I (Joan 1949) built a reduced version of the Horten III in the '70s. The plans, exactly as shown on the page, were printed on a good quality (and unfolded) light cardboard. We built at the same size of the plans, which gave us span of 1,8-2 m. It was equipped with a Graupner Varioprop 12 radio (the '70s black one). Airbone was: a stack" receiver (1 receiver module + 1 two channels module), 2 linear servos and a CaNi battery of 225mA. Clasical structure: thin plywood, spruce longeons, balsa sheet, red doped silkspan, etc. We tried to fly it 3 times on a slope (near Barcelona), in perfect wind conditions, with the result of 3 crashes. It flew well in a straight line, but had null lateral stability. When we tried to turn it fell into a continuous spin around the GC) and we found no way out. The last time (3rd, and after 2 repairs) we flew farthest of the slope in order to have more time and higher altitude to try to retrieve the stability. Any success also (Tx stick frantically rotated) and the final crash was definitive!
JoanBrunet - 20/11/2017
Add a comment