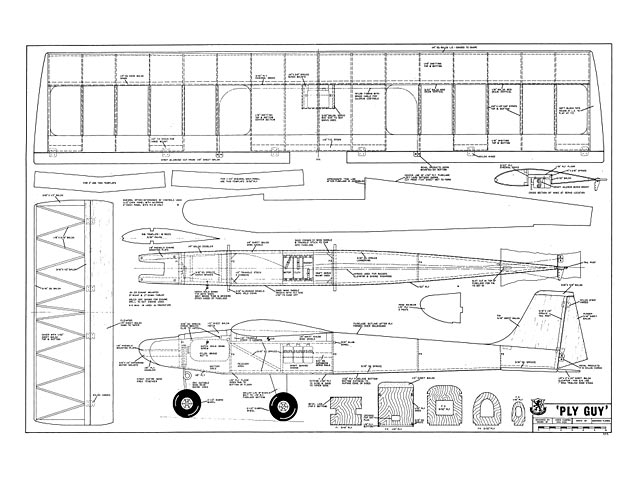 The Ply Guy is the result of a team effort. This is unusual only in the fact that the team is separated by 2,000 miles and as yet, have never met! Improbable? Well, perhaps, but thanks to Alexander Bell and the latter day Pony Express, communications are now such that all kinds of things can and do happen - even the Ply Guy.

It all began with a telephone call from Don Dewey outlining a set of hypothetical specifications for a 4ft span, .19 powered sport-trainer to take advantage of the new proportional systems now available. As Don saw it, the plane would be stable and tame enough for the beginner, capable of operating out of reasonably small fields, yet strong and rugged enough to survive the inevitable mistakes caused by wayward thumbs and capable of aerobatics for the more advanced flier. The list went on and on! Well, it was his nickel, so I let him talk; but the plane he saw so vividly in his mind's eye does not exist and probably never will. Still, what the hell - we could try and try we did.

The trying soon boiled down to the inevitable 'art of the possible'. One of the key words that kept returning was 'rugged'. Ask any modeler, or any member of his family, to briefly describe R/C planes and it comes out - 'they fly, they break'. Perhaps something could be done to make the latter less likely. It so happened that, at the time, I had been doing some extensive experimenting into the bending nature of 1/32in birch plywood and had constructed several fuselages formed out of single sheets of this material..." 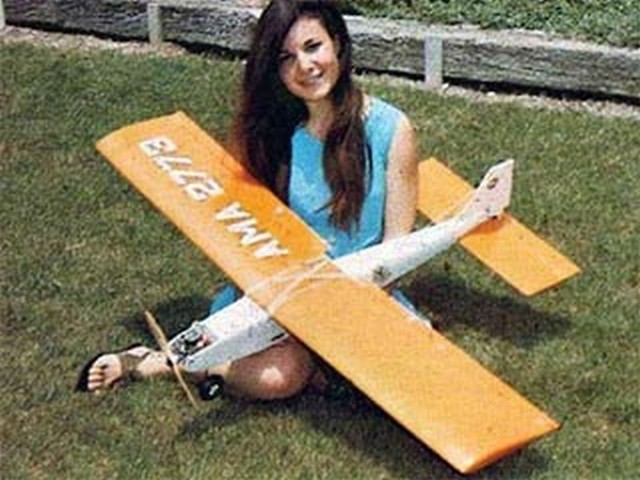