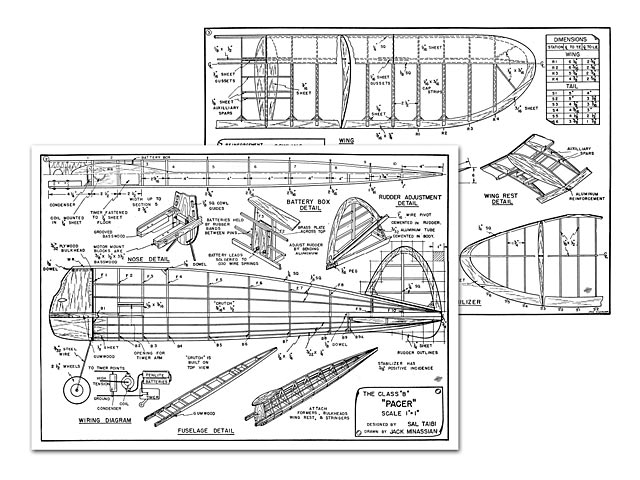 This model is a sleek, fine-performing ship that is very easy to build, developed from a design which was first flown at the 1940 Nationals.

It is a most consistent flier as well as one which is capable of great duration. Up to the present time the best flight is 13 min 20 sec which was made at Poughkeepsie, NY. The plane was first flown at the Flying Dutchmen Contest at Valhalla, NY, where it was lost and not returned until the contest was over.

One day we took out the Pacer and after a few preliminary flights opened up the motor. The time of this flight was well over three minutes on a 20-second motor run. The next three flights were timed with a stop-watch: flying on a 20-second motor run the Pacer made, consecutively, 3 min 22 sec, 3 min 25 sec, and 4 min 43 sec, for an average time of 3 min 50 sec. All of these flights were made after 4:30 pm.

It climbs in a tight right circle and when the motor cuts out the ship rolls out of the bank into a wide left circle. The design of the ship has been developed over a period of five months during which time it has been continually tested and improved.

Building and Flying. We think it appropriate at this time to mention a few structural points. The simplicity and ease of construction will amaze you. The Pacer can be built in about thirty-five hours, for it is one of the easiest planes to build. There are no sides to build, thus eliminating the tiresome job of inserting uprights and diagonals and waiting for them to dry. The stabilizer and rudder are built flat.

The wing is the only part of the ship that will require a little more than average time to build, as it is sheet covered and cap stripped, but the strength and efficiency more than compensates for the work... " 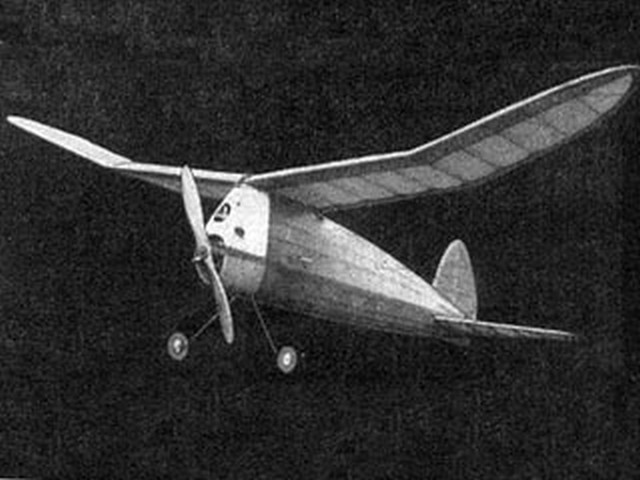